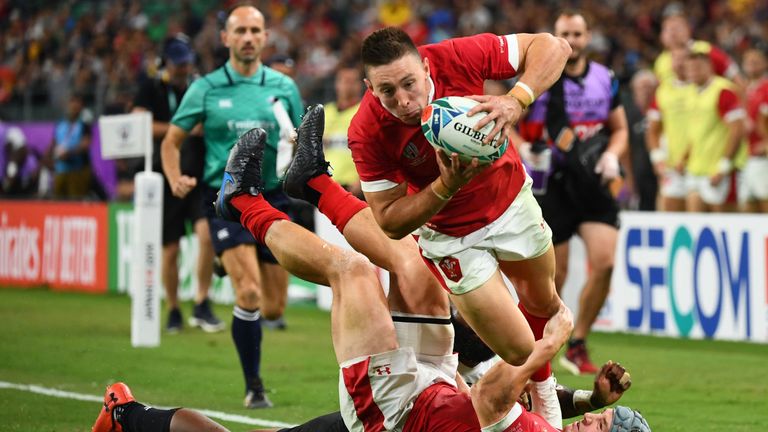 A Josh Adams hat-trick ensured Wales remain in pole position to top World Cup Pool D above Australia, after a 29-17 victory over Fiji in Oita.

The treble from wing Adams was added to by a Liam Williams try, two Dan Biggar conversions, a Rhys Patchell penalty and further Patchell conversion, in a thrilling contest where every point mattered.

Josua Tuisova and Kini Murimurivalu had scored early tries for Fiji who went 10-0 ahead, while the Fijians also scored a penalty try to go 17-14 in front into the second half.

But the Test saw four yellow cards, as Wales hooker Ken Owens and Fiji forwards Tevita Cavubati and Semi Kunatani were sin-binned in the first half, while Wales flanker James Davies was sin-binned in the second. And it was how the respective sides dealt with those periods that ultimately decided the game in Wales’ favour.