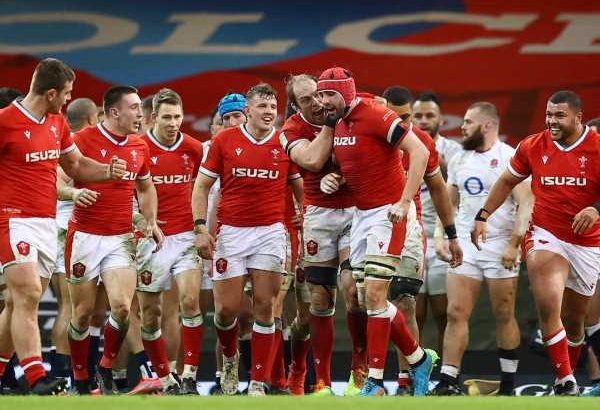 Wales won the Triple Crown and moved two victories away from a Guinness Six Nations Grand Slam after dismissing England 40-24 at the Principality Stadium.

Wales’ opening try came after referee Pascal Gauzere had told England captain Owen Farrell to talk to his team and warn them after conceding the latest among a rash of early penalties.

Farrell, though, had barely started to do that before Gauzere called time back on, Dan Biggar kicked to the corner and wing Josh Adams finished impressively. 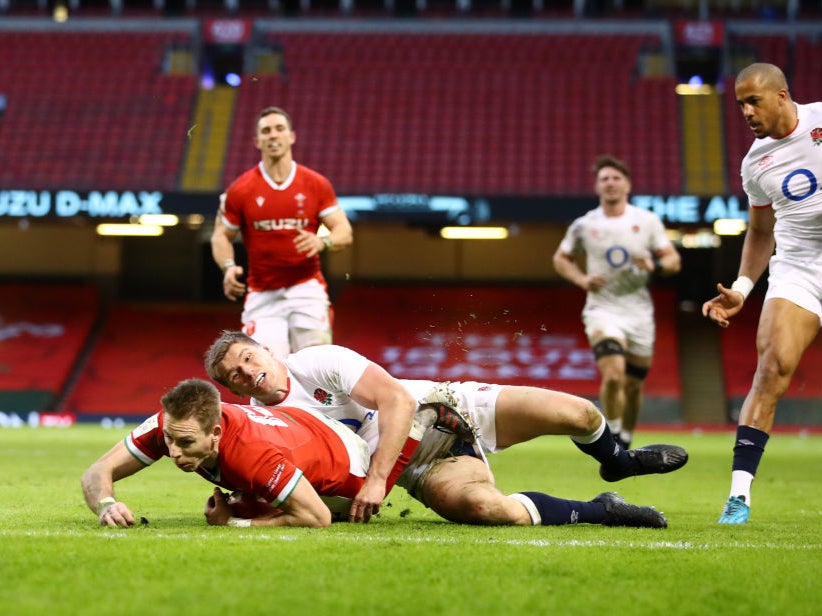 And there was no less debate over Wales’ second try as Louis Rees-Zammit appeared to knock the ball on before Liam Williams gathered over the line, but the television match official Alex Ruiz was happy to approve Gauzere’s on-field decision of a try.

It was England’s second defeat of a miserable Six Nations campaign that began with Scotland claiming a first win at Twickenham for 38 years, despite tries by Anthony Watson and Ben Youngs, four Farrell penalties and a conversion.

But Wales proved unstoppable and backed up victories over Ireland and Scotland by dismissing their fiercest rivals behind closed doors in Cardiff, with Biggar kicking a penalty and two conversions, while Sheedy booted 13 points.

How 70,000 Welsh supporters would have revelled in the triumph as their team edged closer to another Six Nations title ahead of away games against Italy and France next month.

Centre George North led Wales out as he became the youngest player to win 100 caps for their country.

His team quickly looked to make a mark after England conceded two penalties in rapid succession and, after they infringed again, lock Maro Itoje the culprit, Biggar kicked Wales ahead.

Itoje then went close to the game’s opening try, charging down an attempted clearance by Hardy, but home full-back Williams narrowly beat him to the ball.

Hardy’s opposite number Ben Youngs sparked England’s first concerted attack and it ended with Wales conceding a penalty that Farrell landed to tie things up after 12 minutes.

But Wales then stormed in front thanks to Biggar’s opportunism after he sacrificed a makeable penalty by kicking to the corner and Adams took a clean catch before claiming his 15th Test try. 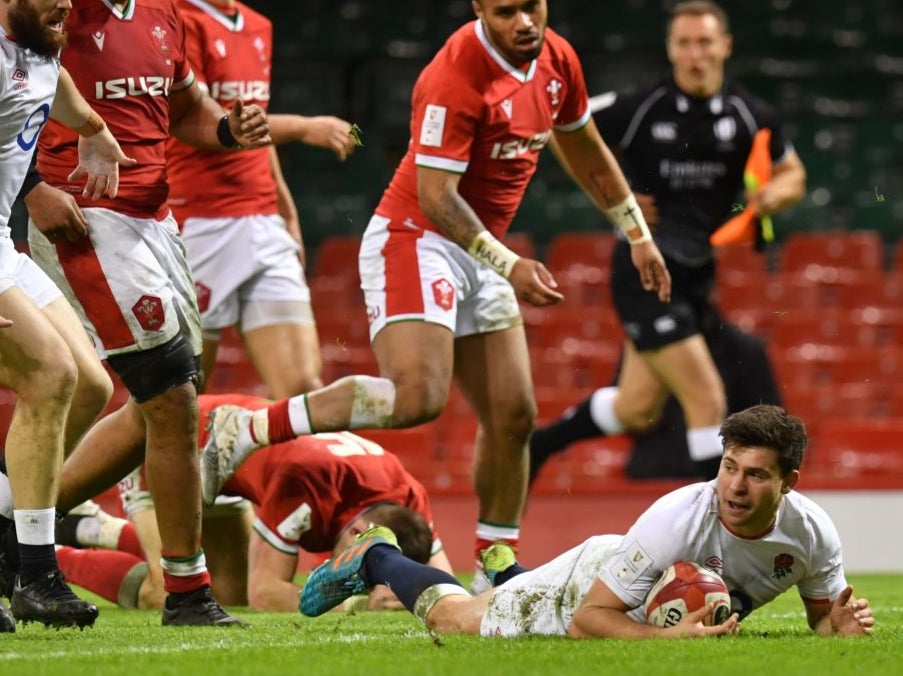 Ben Youngs drew England level in the second half

Farrell made protestations to Gauzere, but England had been caught napping by Biggar’s adventure and the fly-half’s conversion opened up a seven-point advantage that Farrell quickly reduced through a long-range penalty that closed an entertaining opening quarter.

If England felt aggrieved by Wales’ first try, there was more to come 10 minutes before half-time.

Rees-Zammit could not gather a bouncing ball and it appeared that he might have knocked on before Williams crossed England’s line.

Gauzere consulted television replays, which still appeared inconclusive in terms of a knock-on, but he awarded the touchdown by Williams before another Biggar conversion made it 17-6.

The visitors were back in it before a Farrell penalty made it 17-14 at half-time.

Biggar, who appeared to suffer a knock just before the break, was replaced by Sheedy just five minutes into the second period, and Wales extended their lead shortly afterwards.

England could have no complaints this time as Hardy took a quick tap-penalty and left defenders floundering before touching down unopposed, and Sheedy added the extras.

England hit back through an impressive Youngs try that Farrell converted to bring up 1,000 points in the white shirt, only for Sheedy to edge Wales back in front through a 66th-minute strike.

He kicked two further penalties to clinch victory and then added the conversion to Hill’s try as Wales finished the match in style.