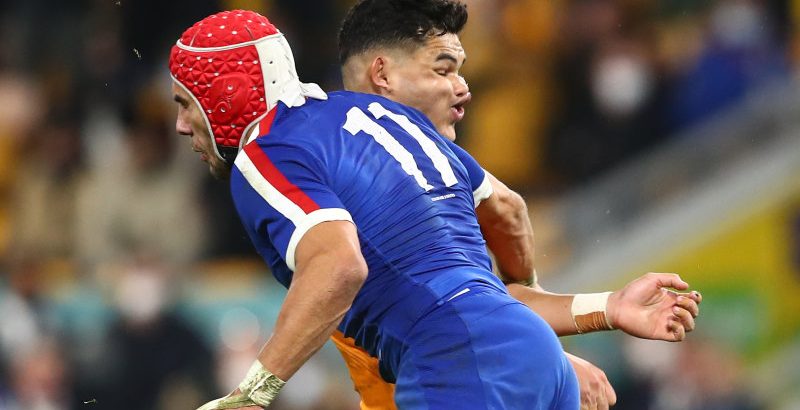 The Wallabies insist they’re not trying to influence referee Ben O’Keeffe despite coach Dave Rennie’s comments that France must be scrutinised more closely at the breakdown in this weekend’s deciding third Test.

Australia had chances to win the second Test in Melbourne before a brilliant scrum penalty against the feed helped France seal a two-point victory and level the series at 1-1, and the overall scoreline at 49-49, heading to Brisbane.

For the third match in a row, the teams will have a Kiwi referee, with O’Keeffe taking charge.

France’s clever and determined work at the breakdown has been a feature of their game, evidenced by the number of turnovers, but the Wallabies don’t believe the tourists are being penalised properly for ruck infringements.

Players are required to roll away after making a tackle but on a number of occasions French players have got in the way during important moments, according to Rennie.

“We’ve talked about post-tackle and they are very strong there,” Rennie said. “I’m not saying it’s always legal and we’ll get clarification over some things there. We’ve got to be mindful we’ve got to win races and be brutal around that [breakdown] area. We cleaned out really well for a chunk of the game [in Melbourne] but we lost key moments and that hurt us. 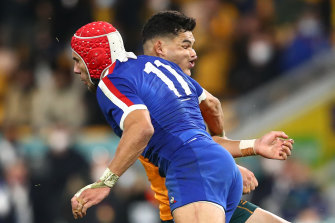 Noah Lolesio is tackled by Gabin Villier in the first Test at Suncorp Stadium. Credit:Getty

“We spoke about it after the first Test. If you get caught on that side [of the ruck] you’ve got to roll east or west. They tend to get on their hands and knees. Other than our nines tripping over to milk a penalty, they have got no right to be there.

“[Referee] Brendon Pickerill after the first Test said [future referees] need to be strong around that. We felt [France] were able to slow a lot of our ball down in that fashion. We’ll certainly be talking to Ben O’Keeffe around that.”

Coaches are able to meet with referees before a Test and often send video clips outlining their concerns before a match as part of an open process.

Whether or not Rennie meant it, his comments two days out from the blockbuster clash will put O’Keeffe and the France team’s breakdown work under the microscope.

“We’re happy for the refs to be tough on both sides around tackler out and rolling away and a zero tolerance mindset around that,” Rennie said.

“We’re not talking about this to influence the referee because we don’t read the papers but we’ll be sharing our views on it.

“We want them to be tough around that area because quick ball for us is massive.”