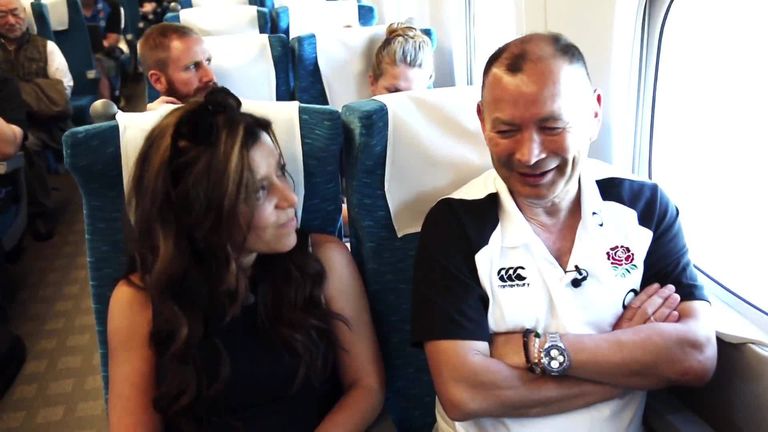 After a 2-1 series defeat in June, England begin their Quilter Tests this November against the Boks, before hosting New Zealand, Japan and Australia at Twickenham.

Jones spent a time coaching in the South Africa set-up in 2007, and was a part of Jake White’s staff during the nation’s victorious Rugby World Cup 2007 campaign. But which players rank as his favourite Springboks?

Sky Sports joined England rugby boss Eddie Jones on a journey around Japan as preparations continue ahead of the 2019 Rugby World Cup.

Click play on the video above to find out which three players Jones picks as his favourite Boks while on a train in Japan and why!

#Followtherose this autumn with all of England’s Tests live on Sky Sports throughout November. The action starts on Saturday, November 3 against South Africa before clashes against New Zealand, Japan and Australia.