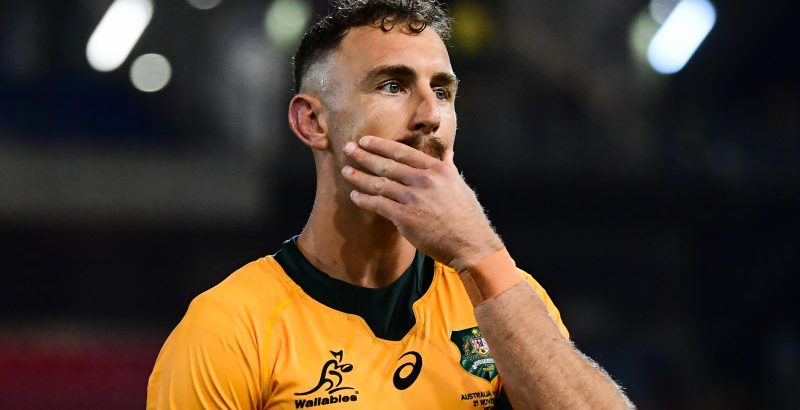 Tate McDermott is in the box seat for a maiden Wallabies start in the first Test against France after fellow halfback Nic White was ruled out of the series with a knee injury.

It comes as Rugby Australia boss Andy Marinos said plans had not changed to host the first Test at the SCG despite growing concerns over a COVID-19 outbreak in the city and the possibility of reduced crowd. 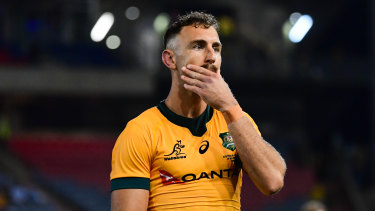 It means Lonergan is in line for a debut.

However, rising COVID-19 cases in Sydney have officials on high alert a fortnight out from the beginning of the international calendar.

The NSW government has also imposed a 50 per cent limit on crowds for the next seven days following 16 new local cases in the past 24 hours.

RA may be tempted to move the SCG match to another city if cases increase and further public health restrictions are enforced.

Another option is for the team to fly in and fly out on matchday, as was done in Super Rugby last year.

Queensland and Victoria have closed their borders to NSW residents from hotspot areas in the eastern suburbs and central Sydney.

In a statement, Marinos said: “Appreciating that we continue to operate in a dynamic environment with COVID-19 impacts, we are moving ahead with our plans to host these matches as planned, subject to any further advice from our state government partners.

“We are now just two weeks away from the start of the series, which kicks off with the Wallabies’ first match at the historic Sydney Cricket Ground in 35 years.

“We’re delighted to confirm the French team’s arrival into Australia last night as we prepare to host the Test series next month.

“I want to thank Bernard Laporte, Fabian Gautier and the FFR for their partnership in ensuring this series could go ahead. It has been a mammoth effort by all involved.”