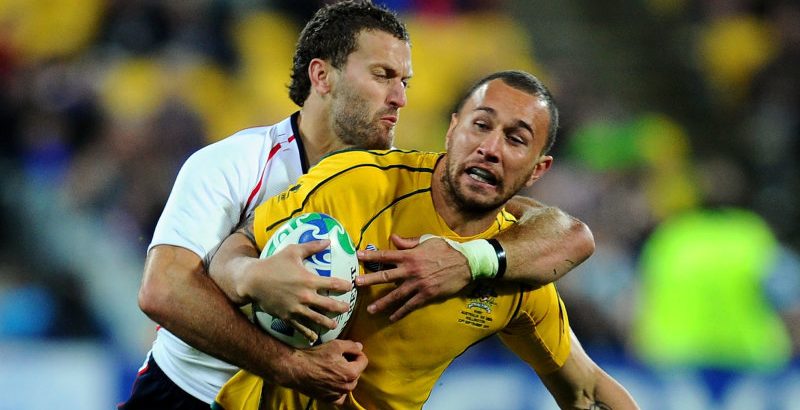 The experienced rugby administrator understands the rationale behind Rugby Australia’s charge that the US men’s XV team needs to be stronger to host a Rugby World Cup and that 2027, when Australia also wants it, might come too early for them.

But, he has a response. “I certainly wouldn’t disagree with that philosophy but it’s not a reason for us not to get it,” he tells the Herald from his base in Denver.

“There is certainly enough desire. When you look at the soccer World Cup when it was here [in 1994] … it was a minority sport, and even though there are more games played in the tournament format now it still holds the record for attendances for a soccer World Cup.”

Rugby Australia’s bid will be strong and persuasive. But they might also be competing against the world’s biggest sporting market. 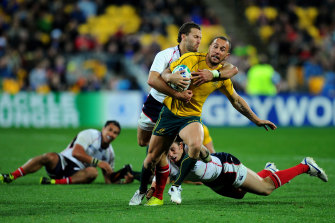 American ambitions and dollar signs in the eyes of World Rugby could be the biggest threat to Australia’s 2027 World Cup hopes.Credit:Getty

However, while Young says they will have to nominate a “preference” between 2027 and 2031 when they submit their official bid to World Rugby, he makes it clear that their bid applies to both events.

It is also likely to be tied to a bid for the women’s Rugby World Cup in 2029, and Young promises to give the women’s game the sort of profile that it has never seen before.

There are reasons for Australia to be both worried – hosting the RWC in 2027 is clearly a major plank in the strategy for rebuilding the game – and reassured.

Young acknowledges that the USA tournament would be even more commercially successful if the national team progresses to the knockout stages, and the longer the “runway” they get to the tournament, the more chance there is they’ll be competitive.

He wants the USA to be part of a Pacific Rim competition that occurs at the same time as The Rugby Championship, so it aligns with the Major League Rugby season and also allows them to assemble their Europe-based players.

That points to 2031 being the preferred year for hosting.

But this is rugby, and things are never that simple. 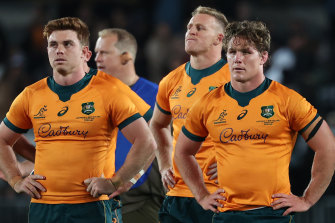 Hosting a first World Cup in almost a quarter of a century is a cornerstone of Rugby Australia’s strategy to reinvigorate the game domestically.Credit:Getty

So, when there are reports that there could be a combined Home Nations bid to host the 2031 tournament, Australia and the USA might actually find themselves going head to head.

It goes without saying that the USA can put on a show. Along with Canada and Mexico, it has already secured the hosting rights to the 2026 FIFA World Cup, and the 2028 Olympics will be held in Los Angeles.

Young acknowledges that this could cause ‘major event fatigue’ but also sees potential upside for a 2027 Rugby World Cup.

“There are arguments about the benefits for ’27,” he says. “Even things like broadcasting infrastructure that is being built could have a dual purpose with the Rugby World Cup and maybe reduce costs considerably.

“There’s a certain mindset that when you are in a major event mindset and you have all three in a row, there may be beneficial pull-through for World Rugby and for us, with commercial value.”

What is not in doubt is that cracking the American market remains a part of World Rugby’s overall strategy.

Young says there are palpable signs of rugby being accepted in the US, pointing to a recent carmaker’s ad when the classic US ‘soccer mom’ was dropping her kids off to a rugby game, not a soccer one.

However, real progress won’t be made until rugby is “fully recognised” as a Varsity sport by the all-powerful NCAA in the US. Young says that is the trigger for a sport to be truly mainstream, but it takes money: lots of money, enough to fully fund about 40 college teams.

So, at some point, World Rugby is going to have to go hard, and go big, in the USA if it wants to be successful.

“You need money to have an impact in the US,” Young says.

A Rugby World Cup would undoubtedly help that process. Australia just hopes it isn’t in 2027.