Keys to the door of No 10: As he names his line-up for the Lions’ decisive Third test against South Africa, will Warren Gatland stick with Dan Biggar’s boot or go for the X-factor of Scotland’s maverick conductor Finn Russell?

Warren Gatland will name his Lions line-up for the decisive third Test against South Africa on Saturday and changes are inevitable.

The head coach will surely consider revamping the creative hub of his team. Last weekend’s 27-9 defeat by the Springboks was a crushing setback for the tourists, who had been optimistic of sealing an historic series triumph.

The Lions did not score a point after half-time and barely threatened their opponents’ defence, leading to criticism of a cautious game-plan. 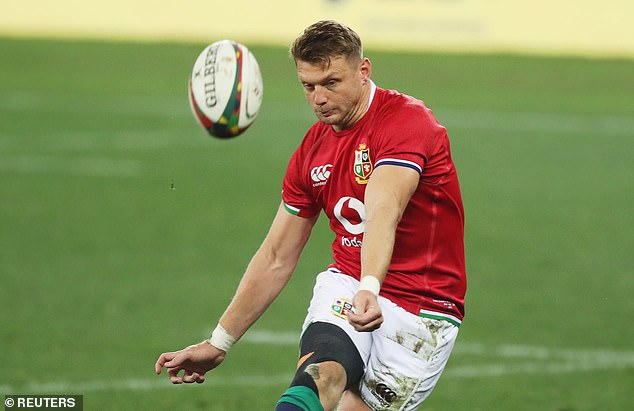 As the coaches were finalising their selection, the expectation was that a back-line overhaul is in prospect. While Liam Williams and Josh Adams are regarded as leading contenders for inclusion in the starting XV, there will be much focus – as ever – on the 10-12 axis.

Dan Biggar will hope to retain his place at fly-half but Owen Farrell is sure to be considered and Finn Russell’s return to fitness presents another X-factor option for the match-day 23.

Assessing the tricky equation, former Wales and Lions playmaker James Hook said: ‘Dan Biggar takes the ball to the line for Northampton and he has been doing that more for Wales, but we didn’t see that last weekend.

‘He’s probably playing to orders by kicking a lot more. I think he only made three passes all match, which is ridiculous for an international outside-half. 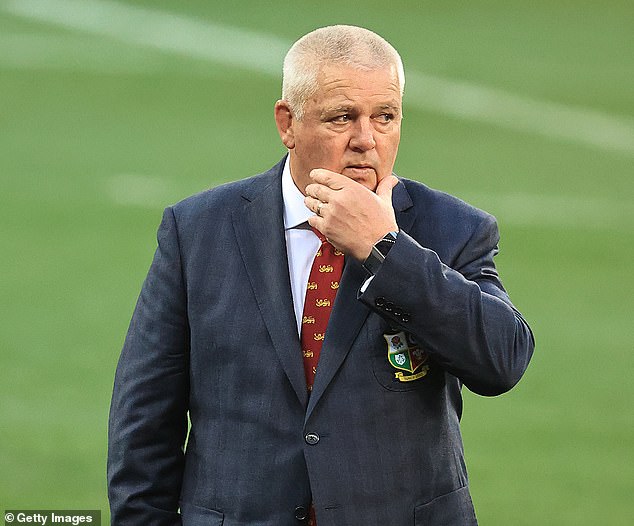 ‘You have to stick with Dan but I would have Owen Farrell next to him at 12 and Robbie Henshaw at outside centre. They need more width in their attack – that is the only chance of success for the Lions. They have to take a few more chances and test the South Africa defence a little bit more.

‘If Finn Russell is fully fit, he deserves a crack from the bench. If the Lions are in a similar situation to last Saturday – chasing the game after 60 minutes – then someone like Russell would be great to give the Lions another type of attacking threat.’

Russell has been unavailable for several weeks due to injury and former England fly-half Toby Flood believes that picking him is too risky.

He said: ‘It’s too much of a shift to change the whole structure and philosophy in two training days. We’ve watched the Lions under Warren Gatland for a number of years – they are very structured and very formulaic. I don’t think they will switch to a razzmatazz game. I think he will stick with Dan Biggar and bring Owen Farrell off the bench.

‘The No 10 is integral in Gatland’s systems. You can’t put Finn Russell in because he has played no rugby for four weeks and you don’t know if his achilles will hold out.

‘It wasn’t the game-plan that cost the Lions, it was the accuracy of it. They need to improve their ability to take the ball out of the air — quickly — if they are going to beat South Africa.’ 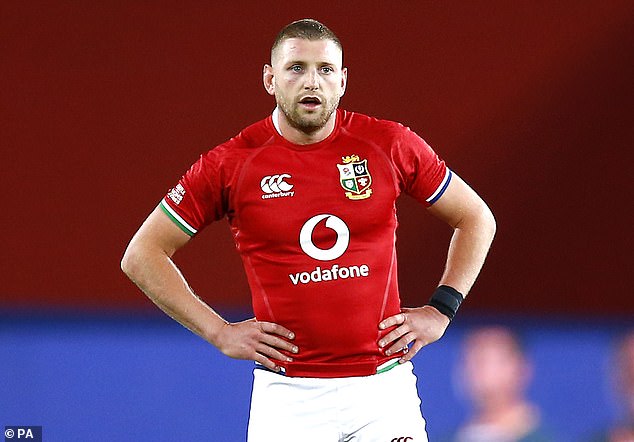 Gatland included Russell, Scotland’s maverick conductor, in his squad ahead of Johnny Sexton but whether he would throw him into this high-stakes Test is another matter. Russell is capable of game-breaking brilliance and many Lions fans crave the sight of him being unleashed against the Boks.

His Racing 92 attack coach Mike Prendergast said: ‘I texted Finn after the second Test saying I hoped he would play the decider. He said he is raring to go and would love to.

‘I’ve seen in Paris that when he has been out injured or suspended and, because of his natural ability with the ball, he has the capability to come back and you wouldn’t know he had been out. He is so comfortable on the ball.

‘Looking at last week’s game, you need creativity against a South Africa side who play like that. Finn is the best late decision-maker on the line I’ve come across. Against a hard-rushing defence, that and his short kicking game could be crucial. There’s probably no better man in world rugby at those two things.

‘The Lions need someone to unlock the Bok defence. The 10 who can do that is Finn. He brings that unexpected magic.’

Further Lions changes are anticipated up front, with Jamie George and Taulupe Faletau in contention to start, although the fitness of Wales prop Wyn Jones remains unclear.