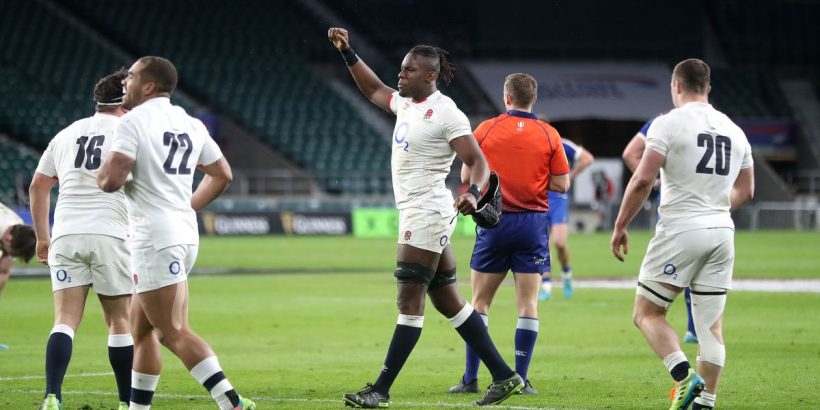 The rugby calendar could soon have to accommodate a new competition after plans were announced for a 12-a-side tournament that will feature both men’s and women’s teams.

World 12s is an entirely new format for the sport that plans to kick off in August 2022, which promises to bring together 192 of the biggest rugby talents on the planet.

The competition intends to feature eight franchise teams with 24 players each, although the women’s contest wouldn’t begin until 2023 to avoid clashing with next year’s Rugby World Cup.

Thirty-minute matches will consist of two 15-minute halves, with teams evenly divided into six forwards and six backs apiece, and conversions are taken as drop goals.

Organisers have compared the innovation with The Hundred, and like cricket’s modern spin-off, World 12s will also feature a player auction to decide teams before the season starts.

“We feel that this is a game for our changing, fast-paced world that can excite a global fan base in the way that we have seen with the IPL or more recently The Hundred in cricket.

“In bringing together the most exciting players under the stewardship of some of the brightest rugby minds with commercial backing, we are looking to propel rugby forward and lay a positive roadmap for how the game is perceived for future generations.

“Early and informal discussions with World Rugby, unions, clubs and player associations have been constructive, and in announcing today we can continue our consultative conversations and collaborations with the relevant stakeholders.”

Do you like the sound of a new 12-a-side rugby tournament? Let us know in the comments section.

Those “informal discussions” are yet to yield any approval from World Rugby, who would need to sign off on the competition before it could officially make its debut.

Organisers have suggested World 12s could raise as much as £250million for the rugby economy over the next five years, although that’s dependent on a multitude of factors.

Rugby is already under scrutiny for its packed schedule as things stand, with the European club calendar set to kick off in numerous countries later in September.

England’s Premiership will begin on September 17 before the inaugural United Rugby Championship debuts the following week, while France’s Top 14 is already underway.

But former All Blacks chief Hansen believes World 12s can add to the current rotation: “The idea of an international 12s tournament involving the world’s best players alongside some of the most exciting developing talent in a short form, fast-paced version of the sport is extremely exciting for coaches, players and fans.

"I believe 12s will complement the existing calendar, attracting a new breed of fans from around the world.”

Coaches will also have one eye on the upcoming autumn slate, with end-of-year Tests set to kick off for numerous Tier One and Tier Two nations in late October.

One of the more appealing aspects of the newly proposed tournament is that winning teams in both the men’s and women’s competitions would reportedly receive equal prize money.

It’s also encouraging that teams would be required to select at least two players from Tier Two nations in their ‘draft’, as well as one under-20 international.

Many details are still to be ironed out, however, including how players would be released by their current clubs to take part, not to mention how both parties would be compensated.

The August slot would clash with pre-season plans for many players based in Europe.

Its timing may appeal to many southern-hemisphere stars who have more time to play during Super Rugby’s off-season, but World 12s faces some sizeable hurdles before it can kick off.