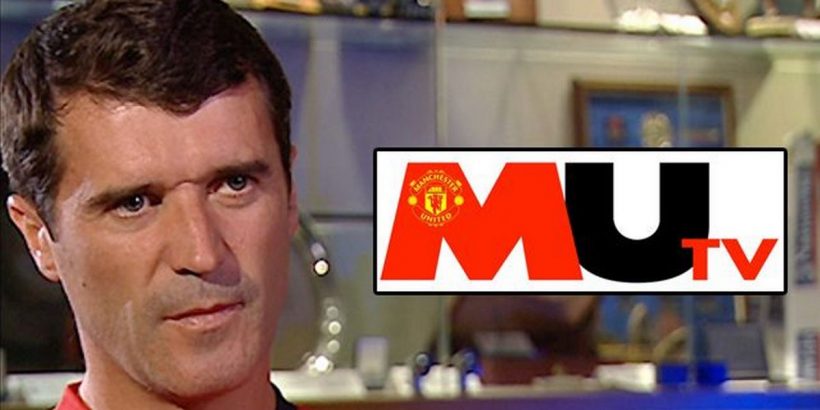 Cristiano Ronaldo has become the latest disgruntled Premier League star to drop a bombshell on his club in an explosive interview.

The Manchester United legend took aim at the younger players who don't act on his advice, criticised the mentality amongst the squad and slammed their current league position.

His scathing blows have drawn comparisons to Roy Keane's rant on MUTV in 2005, which never made it to air but still ended his career at Old Trafford.

And there is now a growing trend for players to come out and give their brutally honest thoughts to the media, so Daily Star Sport is looking at five damning club interviews.

Tottenham fans were left bewildered in May 2021 when their star man Harry Kane revealed in a golf-course interview with Gary Neville that he desired a move away.

"I want to be playing in the biggest games, the biggest moment. I hope that we can have that conversation," Kane said on The Overlap.

"I’m sure that [Daniel Levy] will want to set out the plan of where he sees it but ultimately it’s going to be down to me and how I feel and what’s going to be the best for me and my career this moment in time."

The England captain may have thought he controlled his future, but Levy played hardball with Manchester City for the rest of the summer and he ultimately had to issue a statement saying he was staying.

Since then Kane has been way off his best and Spurs look doomed for another trophy-less campaign.

Which is the worst of the five and why? Let us know in the comments section.

Ronaldo isn't the first United player to criticise the team this season, as Luke Shaw did it in a post-match interview just a week before following the lacklustre 1-0 home defeat to Wolves.

"It looked like an easy game for them. It was a disappointing performance and result. We didn't have many options on the ball and we weren't on the front foot.

"I think when we step out we need to give 100 per cent. I'm not saying not everyone did, but to win these types of games, we all need to be 100 per cent committed."

Not only did Romelu Lukaku declare his love for former club Inter Milan, but he also called into question Thomas Tuchel's tactics in his recent PR disaster with Sky Italia.

It was a total car crash of an interview from start to finish.

"I'm not happy with the situation, this is normal," Lukaku declared. "I think the coach has chosen to play with another system, I just have to not give up and continue to work and be a professional.

"Now I think it is right to speak because I have always said that I have Inter in my heart, I will return to play there, I really hope so.

"I am in love with Italy, this is rightly the time to talk and let people know what really happened without talking badly about people because I am not like that."

Despite the initial outrage from the Chelsea fanbase, the situation has now been swept under the carpet after the striker issued a public apology video.

Keane went further than Ronaldo in his previously mentioned outburst and actually identified the United star who he had a gripe with.

"I have seen that happen to Rio before. It is poor defending," Keane said after they had been pummelled 4-1 by Middlesbrough with Ferdinand at fault for one of the goals.

"Just because you are paid £120,000-a-week and play well for 20 minutes against Tottenham you think you are a superstar."

More of his team-mates were targeted in the 'Roy Keane Plays The Pundit' feature on the club's channel, which led to a furious confrontation with Sir Alex Ferguson.

The legendary manager shared the "f****** disgrace" of a video in a team meeting, causing Keane to storm out and his contract to be mutually terminated.

Raheem Sterling had burst onto the scene for Liverpool and quickly become a fan favourite, until he began turning contract offers down and seeking his move to City.

After coming under-fire from annoyed fans, the winger opted to do an interview with the BBC – one which his club clearly hadn't sanctioned.

Sterling claimed: "It's not about the money at all, it's never been about money. I talk about winning trophies throughout my career. That's all I talk about.

"I don't talk about how many cars I'm going to drive, how many houses I've got. I just purely want to be the best I can be.

"I don't want to be perceived as a money-grabbing 20-year-old. I just want to be seen as a kid who loves to play football and to do the best for the team."

He was trying to calm the situation down, but all it did was enrage manager Brendan Rodgers further and he left basked in controversy in 2015.