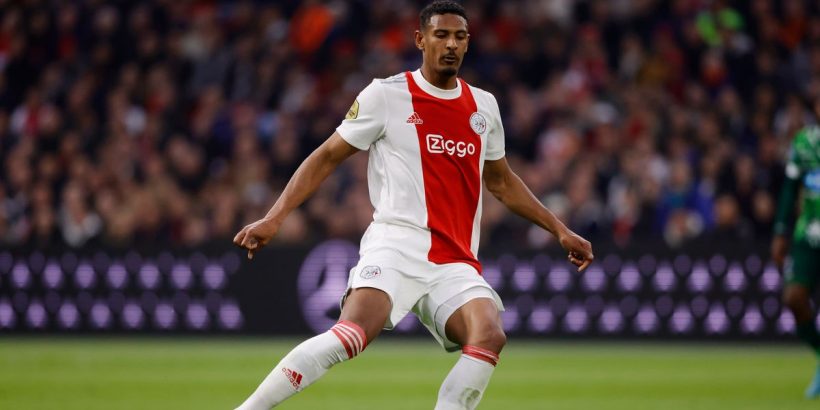 'Yeah, but could he do it on a cold, wet, windy night in Stoke?' Andy Gray's seemingly throwaway line encompassed everything he believed the Premier League to be.

Gray, and many others, saw the Premier League as the pinnacle of football: the ultimate proving ground. And while many have travelled to British shores and left as icons, many more have struggled in the English top flight.

But failure on the British Isles hasn't always spelt the end, and some players have gone on to make names for themselves elsewhere. Here, Daily Star Sport takes a look at six such examples. Few West Ham fans could have predicted the stumbling German at the London Stadium would soon turn into one of Europe's most potent strikers.

Haller's form at Ajax has earned him a move to Borussia Dortmund this summer – back to the Bundesliga where his goals galore for Eintracht Frankfurt earned him a club-record £45m transfer to West Ham in the first place.

Have we missed anyone off our list? Let us know in the comments section below.

Another recent example of players shining abroad who couldn't hit a barn door in the Premier League is Alexander Sorloth.

Sorloth, who has since been bestowed as the 'King of the North' thanks to his exploits at Trabzonspor in Turkey, would have even the most optimistic of Crystal Palace fans shaking their heads in disbelief. The Norwegian bagged 24 goals after leaving Palace on loan.

The attacker has failed to recapture his form in similar spells at RB Leipzig and Real Sociedad.

Memphis Depay arrived at Old Trafford with all the potential in the world – enough potential for Louis van Gaal to declare him as the future of the Red Devils.

However, it never quite clicked for the Dutchman in Manchester and it took a spell in France with Lyon to find himself.

Depay has since earned a move to Barcelona – where he is attempting to fill the, rather large, boots left by Lionel Messi.

Like Sorloth, few Manchester City fans could have foreseen skinny German midfielder Jerome Boateng turning into one of the most dominant defenders of the 2010s.

But that's exactly what he did after rocking up at Bayern Munich following a disappointing spell at the Etihad.

Interestingly, Boateng's best days came under Pep Guardiola, who a couple of years after first meeting Boateng pitched up in Manchester – starting an era of City domestic dominance. Onto Mr 2010 World Cup…. is there a player more synonymous with a tournament than Diego Forlan?

Manchester United fans must have wished he had a Jabulani ball at his feet when at Old Trafford, after the Uruguayan ultimately disappointed during his spell in England, save for one famous game at Anfield.

Of course, it wasn't the end for Forlan, who went on to become a star at Atletico Madrid, staking a claim as one of the best strikers in the world on his day and a two-time winner of the European Golden Boot. Serge Gnabry is unique on this list for two reasons. The first, and most impressive, is that he's achieved an elusive 10/10 L'Equipe rating. The second – he's flopped at two English clubs.

After struggling to perform at Arsenal, Gnabry was shipped out on loan to West Brom, where Tony Pulis said: "Serge Gnabry is not at the level to play for West Brom."

Five years later, according to L'Equipe, Gnabry put in one of the 11 greatest individual performances ever against Tottenham for Bayern Munich.