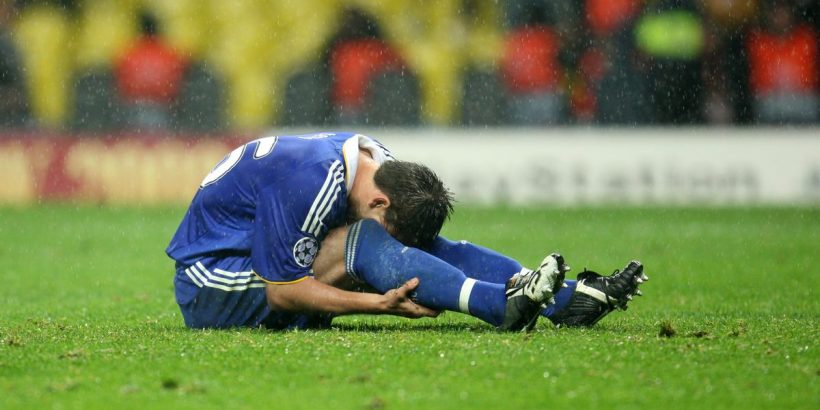 Bukayo Saka can take inspiration from those who have bounced back from penalty heartbreak in previous international and domestic tournaments after his own miss against Italy.

The Arsenal youngster was one of three unlucky Lions to miss during the closing stages of the showpiece at Wembley, but unlike Marcus Rashford and Jadon Sancho, his proved decisive.

The 19-year-old has been rallied around by his team-mates following his bravery in accepting the responsibility of the final kick, and has promised to learn and grow from the experience.

Daily Star Sport have now taken a look at six others stars who have bounced back from the disappointment of missing a crunch penalty, from David Beckham in to John Terry in 2008.

Will England bounce back to win the 2022 World Cup? Let us know in the comments section

Having scored five goals at the 1994 World Cup for Italy in the lead up to their goalless draw in the final against Brazil, Roberto Baggio was backed by most to convert from the spot in the shootout.

However, the icon of Italian football blazed his penalty over the bar to hand Brazil a 3-2 victory, following misses from Marcio Santos, Franco Baresi and Daniele Massaro.

Baggio would bounce back to win the double with Juventus the following season, and another Serie A title with Milan in 1996, playing another 12 times for his country before his 2004 retirement.

Despite failing to win a major trophy during his time as England skipper, David Beckham's legacy wasn't tarnished by his unfortunate penalty miss against Portugal in 2004.

Stepping up first, despite missing his previous two penalties, he blazed over the bar after losing his footing on the mashed up turf around the spot.

Beckham played for England for another six seasons, during that time winning La Liga with Real Madrid and enjoying two spells with AC Milan before a title-winning swan song with PSG.

Andriy Shevchenko recently made his country proud by leading Ukraine in the quarter-finals of Euro 2020, but his career highlights as a player came during his time with AC Milan.

The forward scored 173 goals for the club across 296 appearances, winning four major trophies including the Champions League in 2003, before his memorable miss against Liverpool in the 2005 final.

Following that defeat from being 3-0 up, Shevchenko moved to Chelsea, back to Milan on loan and finally Dynamo Kyiv, but never quite hit his former heights of Ballon d'Or glory in 2004.

David Trezeguet was the only player to miss from either side during Italy's World Cup final winning penalty shoot-out against France in Germany in 2006.

The experienced forward, who scored a golden goal in the Euro 2000 final against Italy, would go on to spend four more years at Juventus – but scoring just eight goals in his final two seasons before leaving.

Despite enjoying a positive season with Hercules in La Liga in 2010/11, it is clear that Trezeguet's best days were behind him following that devastating miss in Berlin.

Another Englishman on the list is former Three Lions skipper John Terry, who famously slipped and hit the post during the 2008 Champions League final against Manchester United.

To complete the heartbreak, Terry's chance to win the match was punished as Nani, Anderson and Ryan Giggs scored with Nicolas Anelka missing after Salomon Kalou found the net.

Terry was able to bounce back from that loss, winning three more Premier League titles, three more FA Cups, a League Cup, a Europa League and a Champions League in 2012 despite missing the final.

While he hasn't yet been handed a chance to bounce back, Saka is not the only young star to have missed a crucial penalty this year with Kylian Mbappe failing to keep France in the game against Switzerland.

Having been tipped for Ballon d'Or stardom, Mbappe wants to learn from the experience having struggled during the earlier stages of the tournament.

Showing similar maturity to Saka, Mbappe was one of the first to send a message of support to Rashford, who had hit the post in England's first miss after Andrea Belotti was foiled by Jordan Pickford.