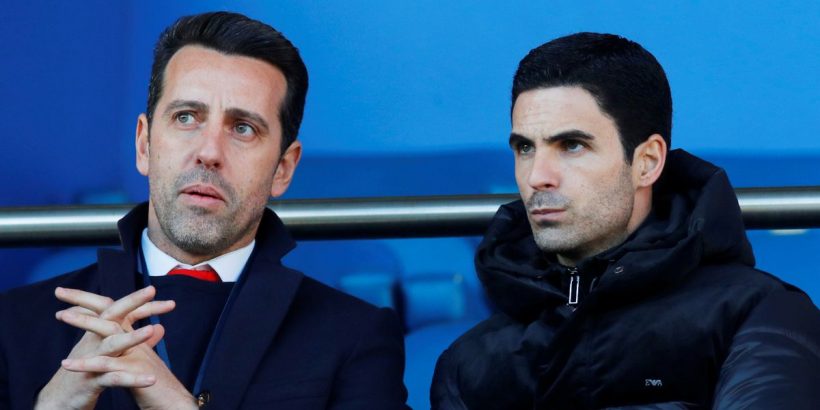 David Luiz's exit from Arsenal should be the start of wholesale changes at the Emirates this summer.

It has been confirmed the Brazilian has not been offered a new contract and will leave at the end of the season.

Arsenal's season has been one to forget which has been a clear indication the current crop of players are not good enough.

The news of Luiz 's looming departure didn't come as a major shock to supporters but they are now left wondering who will join him.

We've taken a look at who are most likely to follow suit in Mikel Arteta 's summer clear-out.

The decision to sell Emiliano Martinez to Aston Villa is getting worse by the day as reports in Germany claim Leno is one of the players expected to leave in the summer.

The keeper has been one of the club's most consistent performers this season, but there are other areas of the pitch that are more of a priority for Arsenal right now.

The Gunners could still rake in a hefty fee for the former Bayer Leverkusen man and then use that money to improve outfield positions.

There is no denying that the right-back has been a fantastic servant to the club, but every player has a shelf life.

And the general consensus is that Bellerin's is fast approaching and it would be the right time for both parties to go their separate ways.

He's never been the same player since he came back from a major injury a few seasons ago and Arsenal could be better off developing a youngster as Bellerin is likely past his best.

There has been calls for Joe Willock to be given a chance next season when his loan spell at Newcastle ends this summer.

He's been mightily impressive for the Magpies and has been one of the standouts in their strong finish to the campaign adding goals and creativity from midfield.

But there's also a sense that this upturn in form is a small sample size and Willock has ultimately come up short in an Arsenal shirt when he has been given an opportunity.

His stock might be the highest it's ever been and at an ideal time to sell.

He's been extremely hit or miss (mostly the latter) since his move from Schalke in 2017 and his loan spell back to the German side this season doesn't give the impression he's turned a corner after they were relegated for the first time in 33 years.

If Arsenal can get something back for him with a year left on his deal, they will take it and run.

There was plenty of promise when the Uruguayan arrived at the Emirates in 2018, but he's another player that Arsenal have failed to get the best out of.

That led him to join Atletico Madrid this summer on loan and it seems like he is surplus to requirements in London moving forward.

Whether the La Liga side will make the move permanent or another team enters the fray, that remains to be seen, but he will likely be another player they'll use to boost their summer budget and redistribute elsewhere.

The French midfielder fits the same bill as Torreira – lots of potential but didn't quite reach the heights expected of him.

Guendouzi burst onto the scene when he arrived from Lorient in 2018, but that fizzled out and all of a sudden he fell out of favour.

He reportedly didn't react well when was left out of a few matchday squads and his poor attitude might be a reason why Arsenal might cash in on him following his Hertha Berlin loan spell.

Another talented youngster who might be in need of a fresh challenge.

Arsenal fans would have expected Nketiah to be a part of Arsenal's rotation by now, but he's not really kicked on after some early success.

There is definitely a player in there, but if Arsenal can't unlock it, it makes sense to move on and give that opportunity to someone who is perhaps a better fit under Arteta.