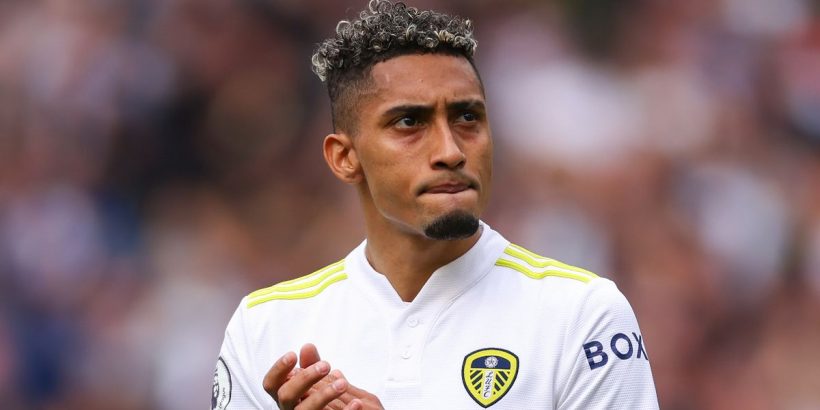 Though they kiss the badge and talk about their 'love' of the club, footballers by their very nature are mere professionals working to get paid.

Unless you get a special figure like now-retired Mark Noble, not many really give two hoots about the club they play for – and you can double down on this with regard to the club they are about to sign for.

Plenty of times has a club reached an agreement with a player, only for them then to ditch them entirely and sign for another side. Here we take you through the times when players who looked headed for a certain club did an unprecedented about-face and signed for a close rival.

Fabian Delph has caused a stir among Everton fans after unfollowing the club on his social media accounts and even going as far as deleting posts associated with the club he spent three years at.

When the former England international joined Manchester City in 2015 for £8million, he caused a lot of anger among Aston Villa fans – probably owing to the fact it was less than a week after he had committed himself to the Villians. And soon after the completion of the deal was announced, a banner was pinned to the gates of Villa Park bearing the words "Delph You Snake!"

Cristiano Ronaldo is a Manchester United legend – but things might have been a lot different had the attacker opted to join Arsenal instead in 2003.

The Gunners were infamously on the verge of signing the highly-rated Sporting CP academy product – but then just days before they could United swooped in.

Former boss Arsene Wenger told FourFourTwo: “When I had Thierry, I could have signed [Cristiano] Ronaldo – can you imagine what they could have done together? That makes you sweat a little bit, and I was very close to doing it. I thought it was all done.

"It was that close [holding his index finger and thumb within a millimetre of each other]. But I would say that every club could tell you stories like that."

This summer’s biggest signing looked closer to be joining the Red Devils after they registered their interest in the player. But the club were too indecisive and soon Liverpool swooped in and landed themselves one of the hottest prospects in the world right now.

The young talent has already been through his medical and is gearing up for a new season with the Reds – while Manchester United are still yet to bring in a marquee singing over the line.

The Gunners missed out on signing Juan Mata from Valencia in 2011 according to the club's former transfer negotiator Dick Law, with the Spaniard heading to Chelsea instead. The veteran star had even agreed personal terms with Arsenal, claims Law.

Speaking to The Athletic, he said: "Then we waited. Juan definitely wanted to come to Arsenal, there was no question about that."

When asked if Arsenal ever considered paying above their valuation, Law responded: "I don’t think that calculation ever entered our equation. We didn’t have the money to say, 'We’ll spend a bit more'."

January 2022 was something of a nadir for Tottenham and Antonio Conte – the manager's future looked really uncertain while their targets were just not coming to fruition.

One of the first ones on their list, it emerged, was Porto’s Luis Diaz. The tricky winger was one of the Italian’s top targets – but it was Liverpool who managed to get the deal done and bring in Diaz to Anfield.

To rub salt in the wound, Diaz has had one of the best half-campagins in recent history, netting four goals and adding three assists.

Geordie hero Alan Shearer seemed destined to join Premier League giants Manchester United in 1996 from Blackburn. But the striker decided that home is where the heart is and instead joined Newcastle for a then-world record £15million.

Former United chairman Martin Edwards has been speaking about United's failure to sign Shearer in 1996, who said via Joe: “Shearer had been to Alex Ferguson's house, spoke to him and assured him he wanted to come. The problem, I think, was with the chairman of Blackburn, Jack Walker, who was not a great fan of Manchester United, (we were) local rivals, both Lancashire clubs.

“He did not want Alan Shearer to come to Manchester United. Shearer was quite close to Walker, who was like a father figure to him, and I don't think Alan wanted to upset him by coming to United.”

Arsenal looked set to bring in Leeds ace Raphina but out of nowhere Chelsea are now close to clinching a £55m deal. The Brazil international has been linked to the Gunners and even Barcelona.

But recent reports suggest that the left-winger is poised to become a Blues player as they appear more than happy to pay the fee needed to secure his signature.