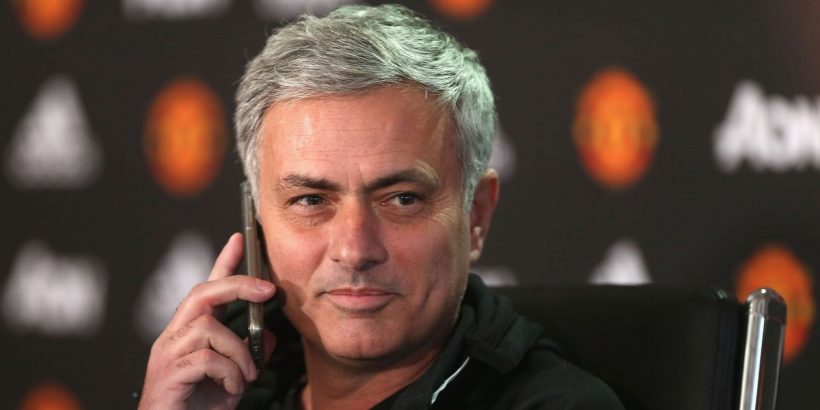 Three years after his dismissal in 2018, Jose Mourinho is still the most recent manager to bring success to Manchester United.

There's no doubting he was a controversial appointment, due to his previous ties with Premier League rivals Chelsea, but the Europa League triumph of 2017 still remains their latest honour.

In fact, Ole Gunnar Solskjaer's side have only reached one cup final since the Portuguese manager's departure, losing on penalties to Villarreal in the Europa League final.

Much like Mourinho, Solskjaer has had to fine-tune his side and axe those he deems not good enough to wear the shirt.

But what happened to some players the self-proclaimed 'special one' chopped from the dressing room whilst at Man Utd? Daily Star Sport is here to reveal all…

Mourinho was involved in an altercation with Valdes in 2010 when his Inter Milan side defeated Barcelona to advance to the final of the Champions League.

A 1-0 defeat on the night was enough to send the Nerazzurri through but Valdes took exception to the Inter boss going over to celebrate with his fans after the full-time whistle and held him back, stopping him from waving at the supporters.

Therefore, it's of no surprise that the Spanish goalkeeper lasted just six weeks at United under the 'special one'.

Are there any players on this list that Mourinho should have kept? Let us know in the comments section

Valdes spent the 2016-17 season at newly-promoted Middlesbrough but the experienced shot-stopper couldn't help prevent the Teessiders from dropping straight back down.

His last game in professional football was a 0-0 draw with Burnley at the Riverside Stadium with Valdes retiring from the sport at the end of the season.

Depay departed Manchester for Lyon in 2017 having failed to prove himself to either Jose Mourinho or his predecessor Louis van Gaal.

The flying Dutchman started just one match for the Red Devils in his final campaign, against Northampton in the EFL Cup, before moving on to pastures new in the January transfer window.

His move to Lyon is widely regarded as the first 'laptop transfer' as the forward chose his next club with the help of computer modelling through data intelligence company SciSports.

Depay then spent four and a half seasons with the French club, netting 76 goals in 178 matches, before moving on to join Ronald Koeman at Barcelona on a free transfer this summer.

Having come through the ranks as a youngster, McNair found first-team opportunities hard to come by and was flogged by Mourinho to Sunderland with fellow teammate Donald Love in 2018.

He then spent an injury-plagued season in the Championship, but still managed five goals in 16 matches, as the Black Cats were relegated for a second successive season.

McNair then transferred to northeast rivals Middlesbrough in 2018 and has appeared over 100 times for the Boro winning their 'player of the season' last campaign.

In November he was hailed by Neil Warnock as the "best player in the Championship," with the 72-year-old believing the Northern Ireland international would "walk it in the Premier League."

After netting twice on his first start to secure a 2-1 away at the Stadium of Light, United had high hopes for Belgian but the breakthrough star never really took his chance.

Loan spells to Borussia Dortmund and Sunderland, linking up with former manager David Moyes, were also unsuccessful with Januzaj only scoring once in the EFL Cup against Shrewsbury.

He was sold one year after Mourinho's appointment, having failed to prove himself whilst out on loan; Januzaj signed a five-year deal with La Liga side Real Sociedad.

A Copa del Rey winner in 2020, the Belgian is finally proving himself with regular first-team football in Spain.

The former England captain lasted just one season at Goodison Park before moving across the Atlantic to join DC United.

Rooney then returned to England in 2019, joining Derby County as a player-coach under Rams boss Phillip Cocu.

After a dismal start to the 2020/21 campaign, Rooney was placed in interim charge before retiring from football in January 2021 to take on the role permanently.

The Rams survived relegation to the third tier on the final day; a 3-3 draw with Sheffield Wednesday sent the Owls down, maintaining Derby's Championship status.

Ibrahimovic lasted just one full season at Old Trafford but still managed to claim three honours during his 21-month stay in Manchester.

The Community Shield, an EFL Cup and the Europa League were all won by the Swede in 2017 but a serious knee injury ended his season early.

Ibrahimovic did sign a new one-year contract but this was mutually terminated the following March by Mourinho and the striker.

Following a brief stint in America with LA Galaxy, the 6ft 4 forward then re-joined AC Milan in 2019 for his second spell with the club.

The Man Utd academy graduate failed to make a single first-team appearance for the Red Devils and was loaned out 10 times before Mourinho sold him in 2018.

A fee of £6.5 million was enough for recently-relegated West Bromwich Albion to secure the services of the Englishman.

His first season at the Hawthorns ended in play-off heartbreak as the Baggies were beaten by Johnstone's former-side Aston Villa, on penalties.

But West Brom were able to secure promotion to the Premier League the following campaign, finishing second under new boss Slaven Bilic.

Despite a disappointing one-season stay in the top flight, Johnstone's fine form resulted in a trio of club awards at the end of the campaign, winning the Supporter's Player of the Year, Player's Player of the year and PFA Community Champion Award for his work off the field.

The Armenian was used in a swap deal for Alexis Sanchez, under Mourinho's tenure, during the 2018 January transfer window.

Yet, both players failed to make an impact at their new clubs with Sanchez finding game time hard to come by at United.

As for Mkhitaryan, he scored nine goals in 59 matches for the Gunners before joining AS Roma on loan in 2019.

That loan move was then made permanent in 2020 after his contract at Arsenal was cancelled by mutual consent.