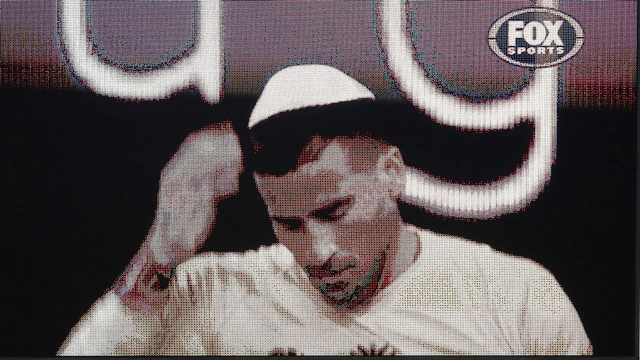 The Israeli international produced a kippah from under his jersey and donned it while covering his face in an apparent gesture of prayer.

The 34-year-old striker was booked by the referee following the celebration.

Talay said he didn’t see the incident as he was celebrating the goal which rescued his side a point against ladder-leaders Melbourne City.

“I was facing the other way when I was celebrating for the second goal,” Talay said.

The A-League’s Independent Match Review Panel will review the incident as they review each booking from every game.

Wellington head back home for the first-time this season when they take on burgeoning rivals Western United and welcome back former coach Mark Rudan in a must-win contest for both teams’ finals hopes.

It’s the first time the Phoenix will play in front of their home fans since March last year and have already sold over 12,000 tickets for the game.

Meanwhile, Melbourne City coach Patrick Kisnorbo doesn’t regret rotating his squad after falling short of coming within a single win of closing out the Premiers Plate.

Kisnorbo all up made six changes after playing Adelaide only three days prior and was looking to manage key players in the squad.

Star striker Jamie Maclaren, captain Scott Jamieson and Craig Noone all started on the bench while winger Andrew Nabbout missed out after suffering an adductor injury – meaning opportunities were given to their depth.

“I don’t regret anything at all,” Kisnorbo told the media post-game.

“We had a very short turnaround, there were players that needed to be rested, players maybe carrying a little knock so it was an opportunity for players to take their chance,

“I don’t think we were that good or that efficient in the first half, we got our way into it and then obviously we’ve got the lead but in the end it’s a hard thing to swallow.

“If I look at the overall game – I thought we could have been better.”