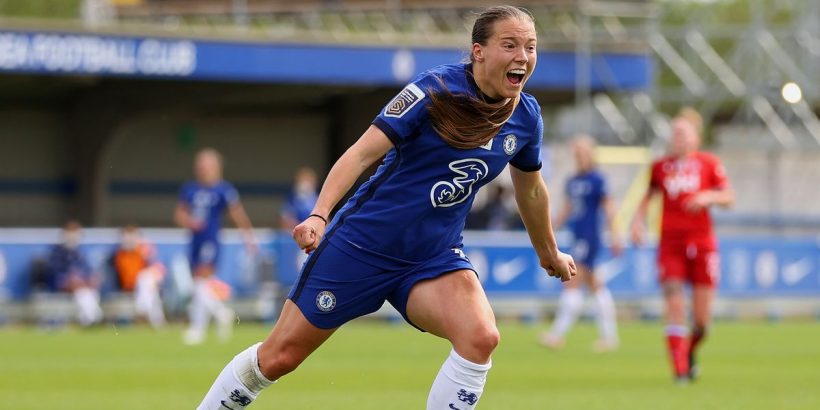 Chelsea forward Fran Kirby has had a phenomenal season at the Women's Super League club.

She scored 16 goals and made 11 assists in 18 league matches this campaign, which helped the Blues secure a second WSL title in as many years, but it wasn't just her ability in front of goal that impressed.

Kirby struck up a great partnership with Australia international Sam Kerr and together the pair have been involved in more than 50 goals.

Kirby returned this season from nearly a year out of the game due to an illness that could have ended her career.

In November 2019 she was diagnosed with pericarditis, a condition relating to swelling around the heart, and was told she may never play again.

But the 27-year-old overcame her illness to once again take the football world by storm.

Here we look at her achievements and reaction to this season in more depth. She previously claimed the award in the 2017/18 season and said winning the gong was only possible because of the people around her.

She told Sky Sports: "I think everyone in this building knows that I play for this team, I play for every single person who walks in here every day and I think I show that in my performances.

"I will run through a brick wall for these girls and all the staff and I think everyone can see that.

"I'm really, really humbled to win these awards and it's amazing, but I know that I would never be able to achieve anything that I've achieved without them."

Not only has she claimed the WSL title this season, but she has also won the Conti Cup and helped Chelsea reach the Women's Champions League final.

She played consistently well right up until the last league match in which she scored two goals.

The performance against Reading, which ended in a 5-0 Blues victory, earned her a Player of the Match award.

They faced Bristol City in the final and the Blues unleashed hell as they triumphed in a 6-0 victory.

Kirby scored twice and made two assists in the final.

Chelsea defeated Manchester City 2-0 in the Women's Community Shield back in August.

The match was Kirby's first after returning from illness.

Chelsea face Barcelona in the Women's Champions League final on Sunday – the first time the club has reached the stage of the European competition.

Kirby has so far scored six goals in their campaign and manager Emma Hayes will be hoping her good form continues.

If the Blues secure the European trophy they could be on for the quadruple, which they may secure later this year as the Women's FA Cup has been delayed due to the pandemic.

Kirby said on reaching the final: "It's unbelievable. We've been in this competition a long time.

"I was there the first season that we started off in this competition [15/16] and [look] how we've grown as a team."

The match will kick-off at 8pm and it is available to watch on BT Sport 2.