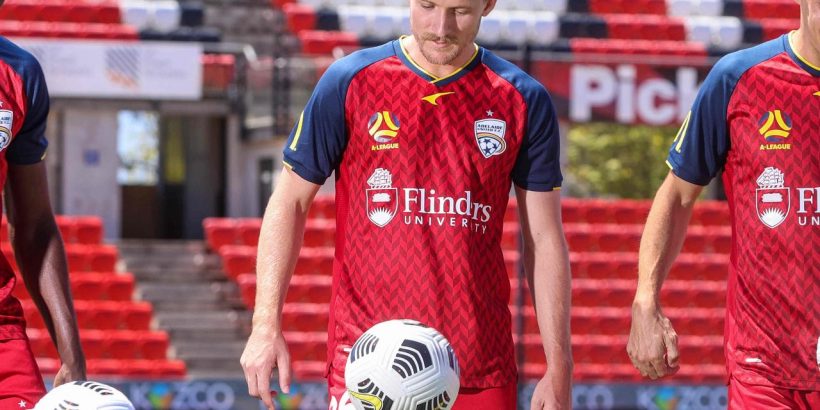 Player-of-the-season honours will mean little to Adelaide United attacker Ben Halloran if the Reds fail to at least reach the A-League grand final.

While Halloran was pleased his impressive season earned him the Aurelio Vidmar Medal at the club’s awards night on Tuesday, it was back to business for the former Socceroos forward on Wednesday as Adelaide continued to prepare for the Reds’ do-or-die semi-final showdown against Sydney FC at Jubilee Stadium.

“It’s great (to win then medal, but it doesn’t mean a whole lot if we don’t back up this weekend and make the final,” Halloran said.

“I’m definitely proud to have won the award, A lot of great players have won this award and to be standing along those guys is an incredible honour.

“I’m happy with the season I’ve had but if we don’t win the next couple of games then it doesn’t mean a whole lot.”

With the Reds having beaten Brisbane Roar 2-1 last Sunday at Dolphin Stadium without Craig Goodwin, Halloran was confident Adelaide could again lift against the Sydneysiders in the absence of their attacking ace.

“It’s a massive blow … when the times are tough how often does ‘Goody’ step up and score a winner for us? But at the same time we’ve got good players to step in and replace him,” he said.

“If we show the same fighting spirit and belief we did against Brisbane then we’re, on our day, definitely good enough to beat them (Sydney).”

Imposing striker Tomi Juric was the man to step up against the Roar, netting a memorable brace to end Brisbane’s season.

“Tomi was the match-winner against Brisbane,” he said,

“Those two early goals really set us up for that win so we’re hoping that he can do the same this weekend.”

Halloran also intends to find the back of the net against a Sydney side missing three Socceroos – goalkeeper Andrew Redmayne, central defender Ryan McGowan and right back Rhyan Grant.

“I’m an attacking player, so my job is to score goals and provide assists,” he said.

“A player like me, I’m always looking to get on the scoreboard. If I can score in the next couple of games, I’ll be very happy.”

However, Halloran preferred to reflect on April’s 2-2 draw between the teams in Sydney.

“The last time we played in Sydney we played really well against them,” he said.

“We dominated them in terms of possession … and we probably should’ve won the game in the end.”