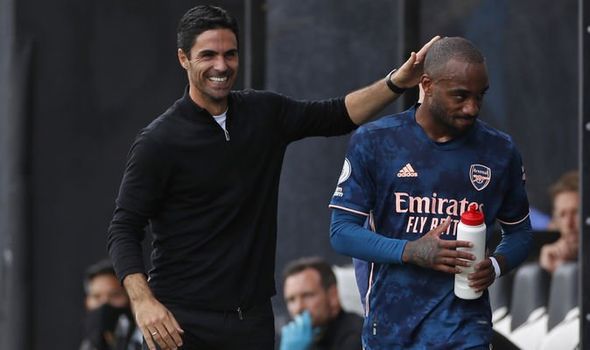 Alexandre Lacazette hopes his goal in Arsenal’s 3-0 win over Fulham will convince boss Mikel Arteta to allow him to remain at the Emirates Stadium as he vows to fight for his place in the starting XI.

There have been strong rumours suggesting Lacazette could be sold before the October 5 deadline as Arteta looks at ways to raise funds to bring in his own men.

Atletico Madrid and Juventus are just two of the European clubs interested in the 29-year-old.

Pierre-Emerick Aubameyang is the Gunners’ main man up top and youngster Eddie Nketiah has often been chosen to play alongside the Gabon international.

But Arteta put his trust in Lacazette for the opening Premier League game of the season this afternoon and his faith in the Frenchman was rewarded. 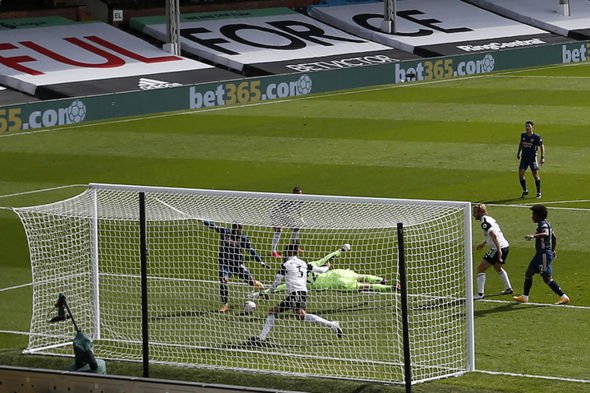 He then sent a defiant message to his boss as he vows to fight for his Arsenal career.

“I am really happy [at Arsenal],” Lacazette said. “It is only the press and other people that say I am not.

“I want to play and win titles. We want to be aggressive with and without the ball and improve every aspect of our game.”

Last season’s top scorer Aubameyang cut in from the left complete the route for Arteta’s side.

“It was the best way to start the season,” Lacazette added. “We wanted to win and have a clean sheet and respect what the coach wanted. Everyone is happy.

“He wants us to be perfect. We worked in the week for this kind of game. We have a lot of big ambitions. I want to help the team to be on top I know it is my job.”

Fulham boss Scott Parker said: “The big lesson today is to understand the fine margins in this division mean you can get punished. At this level you have to be clinical and make teams pay and on the flip side the first time they get in our box and they score.

“I didn’t like the second half as much. The second goal was a poor goal. At that moment we have to understand how crucial it is and I felt we were a little bit weak and accepted it.

“When you are a team like us that has come from the Championship you can’t let defeat after defeat really cripple you. We are going to lose more than we win but as a team you have to keep learning and developing.

“It has been a quick turnaround for us. We have brought players in that will improve us and hopefully there will be more. We need to get them up to speed quickly.”