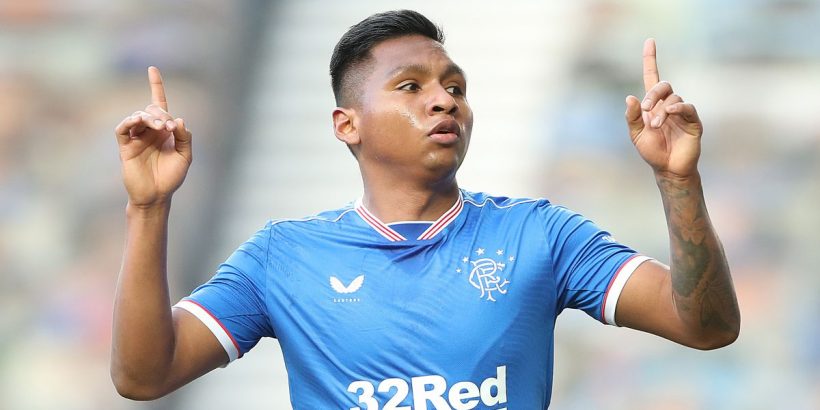 Alfredo Morelos has reiterated his dreams of playing in the Premier League just days after Rangers toppled Celtic to become Scottish Premiership champions.

The 24-year-old, who has 10 league goals to his name across 24 league outings so far this season, joined the club from HJK back in 2017 and has gone on to attract interest from the top European leagues.

His 92 goals in all competitions have come across 174 appearances, forcing him into the international plans of Colombia while earning the trust of Steven Gerrard.

However, there is one reason why Rangers fans might be feeling slightly disappointed, and that is the plans of Morelos to play his football in England in the near future. He told Caracol Radio in his homeland this week: "There were many difficulties with Rangers about my departure because proposals came in and the club asked for more money

"Then the transfer market closed and I spoke with the manager and said that I was going to focus on the team. The situation got back to normal and I started to raise the level of my game.

"There are opportunities now for me because I have won the league in Scotland and we are still in the Europa League.

"If we get through to the next round, we will have the opportunity to play against some very big teams and they will be watching me.

"One of my big dreams is to play in the English Premier League. It is one of the best leagues in the world and there are a lot of important players and important teams.

"So if the opportunity presents itself in my career, I am going to take it.

"It's a style of football very similar to Scottish football and I would enjoy it."

Gerrard said of his star striker in February: "When you are talking about a talent like Alfredo, people automatically just judge him on goals. "But as his manager who works with him every day, I think he has evolved in the time he has been here.

"We have tried to support him and guide him, because people forget how old he was when we arrived and how old he is now.

“He is still at a stage in his career where he can get better, physically, mentally, tactically and technically.

"There are still big compartments of his game that he can improve. That’s the exciting thing.”

READ MORE: 15 footballers you forgot had played in the Premier League

READ MORE: Marvelous Marvin Hagler passes away at the age of 66