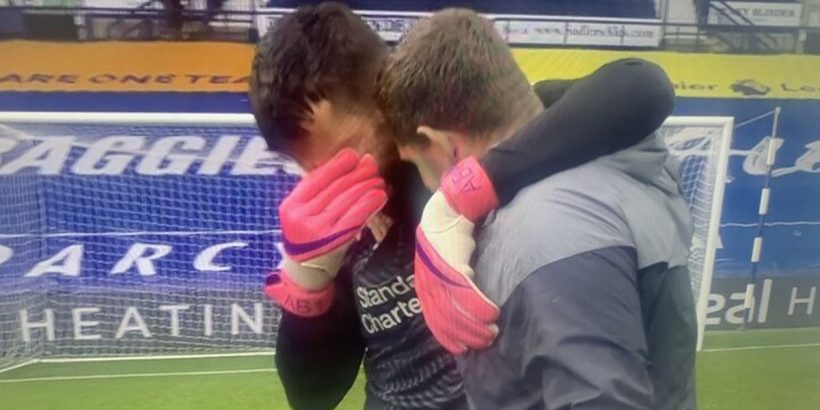 Alisson rose highest from a late scorner to head home the first goal of his career to complete Liverpool's turnaround against West Brom – saving their hopes of Champions League qualification for next season.

The Brazilian stopper was left in tears following his last-gasp winner, and was quickly surrounded by his astounded team-mates following a battling 90 minutes against the relegated Baggies.

Jurgen Klopp and his team were left in disbelief following the late decision to send their stopper forward as the clock ticked closer to full-time.

Alisson is the first goalkeeper to score in the Premier League so far this season, and it gives his side a great chance of catching Chelsea in fourth.

Liverpool now sit just a point behind Chelsea with two fixtures remaining, with their outings coming against Burnley and Crystal Palace.

The Blues play Leicester and Aston Villa, but will have one eye on their Champions League final against Manchester City which comes on May 29.

After the full-time whistle, the 28-year-old burst into tears, and dedicated the goal to his father Jose Agostinho Becker, who passed away with year.

Alisson told Sky Sports: "I’m too emotional, this last month for everything that has happened with me and my family, but football is my life, I played since I can remember with my father.

"I hope he was here to see it, I’m sure he is celebrating with God at his side.

"Sometimes you are fighting and things aren’t happening.

"I’m really happy to help them because we fight together and have a strong goal to achieve the Champions League.

"We have won it once and everything starts with qualification. So I can’t be more happy than I am now."

The header came after Mohamed Salah had cancelled out Hal Robson-Kanu's opener inside the first-half.