Alvaro Morata’s difficulties in front of goal have been well documented this season, but his latest miss is one he certainly won’t want to see again.

Unfortunately for the Spain international, however, his embarrassing miss from a yard out while filming a television advert, was caught on camera and has been posted online for the world to see.

Dressed in his full international kit and surrounded by cameras, Morata attempts to pull off a trick before rounding a defender and slotting the ball past an obliging goalkeeper. 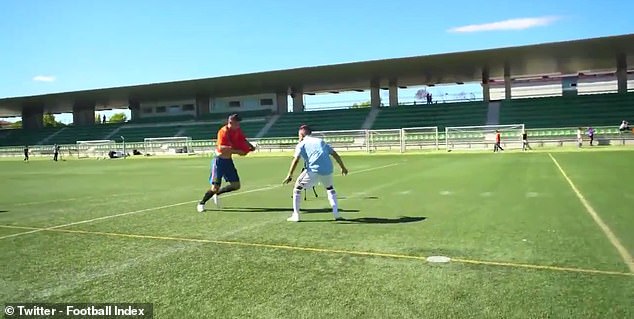 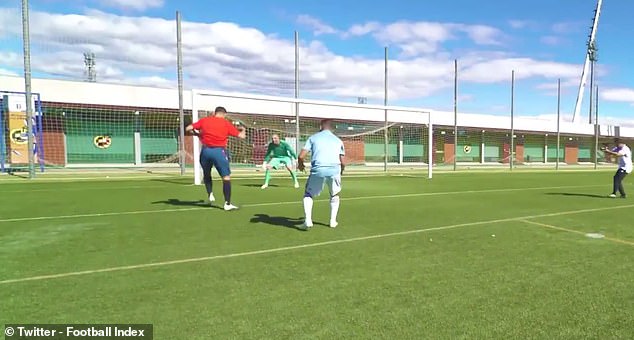 The footage, appearing on Twitter, shows Morata presented with a chance from yards out 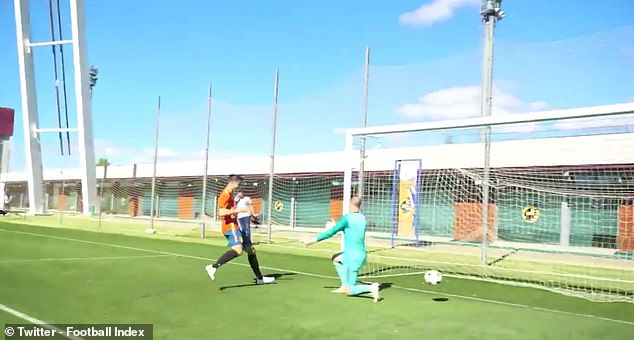 However, he proceeds to hit the base of the post and watches the ball flash across the goal 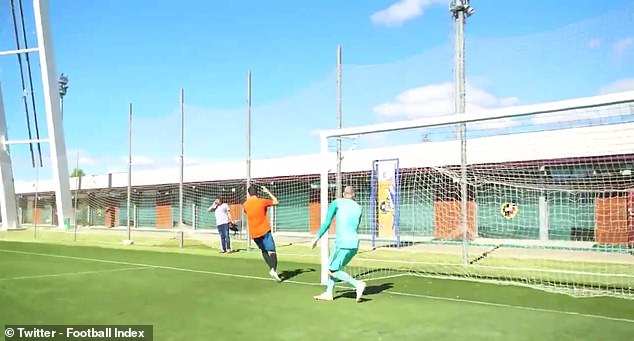 The first part goes well enough, with the Chelsea forward able to flick the ball up his jersey before skipping past the defender, but problems occur when he bears down on goal.

Being shown the front post by the keeper, Morata attempts to tap it home but gets it horribly wrong, his shot clanging off the base of the post before rolling across the face of goal.

The striker knows his mistake straight away and puts his hands to his face in disbelief. It takes the defender a few more seconds to register what has happened, before realising, with some degree of glee, that the whole episode has been captured on film.

It neatly sums up the tough campaign Morata has endured to date. The 26-year-old has made 14 appearances so far for Chelsea this term but has mustered just four goals. 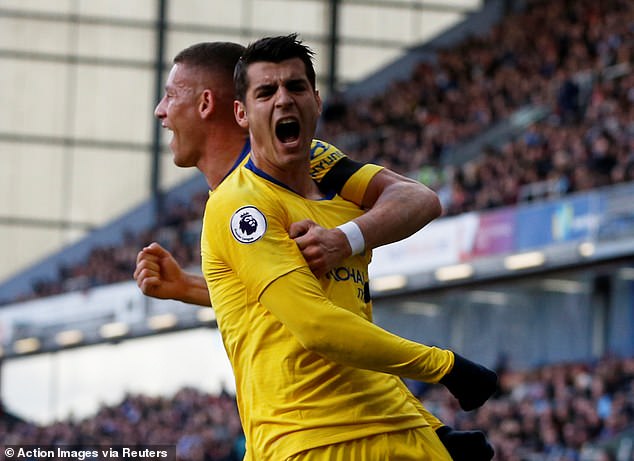 The Chelsea striker’s form has been called into question this year, with only four goals so far

Such is his poor form in front of goal, some believe that he isn’t even trusted by his own team-mates.

Speaking on beIN Sports, Ruud Guillit said: ‘His team-mates don’t come into any positions where they create anything for him.

‘The worst part is you can see Willian and Hazard always dribble inside because they don’t trust him.

‘But also when the crosses are in, I think there was a moment in the first half where you asked “where is Morata”, he wasn’t there. So they don’t trust him.’