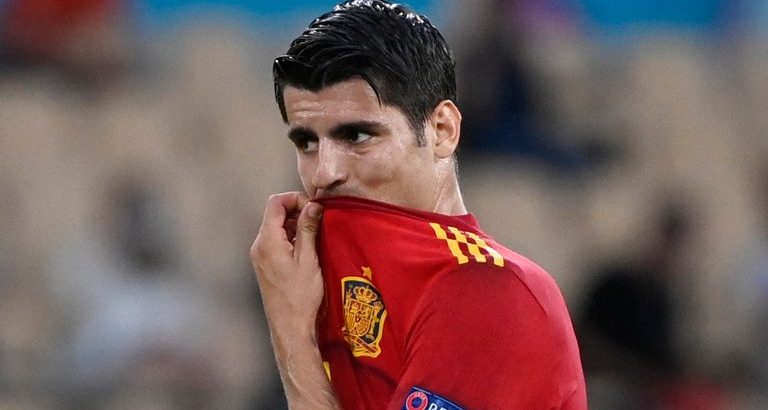 Alvaro Morata says he has received vicious social media abuse during Euro 2020 and that his wife and children have been shouted at in Seville.

Morata, who scored 19 goals in 43 appearances on loan at Juventus last season, was booed by Spain fans in a pre-tournament friendly with Portugal and then missed big chances in the 0-0 draw with Sweden and 1-1 stalemate with Poland.

He also missed a penalty in Spain’s 5-0 win over Slovakia on Wednesday. 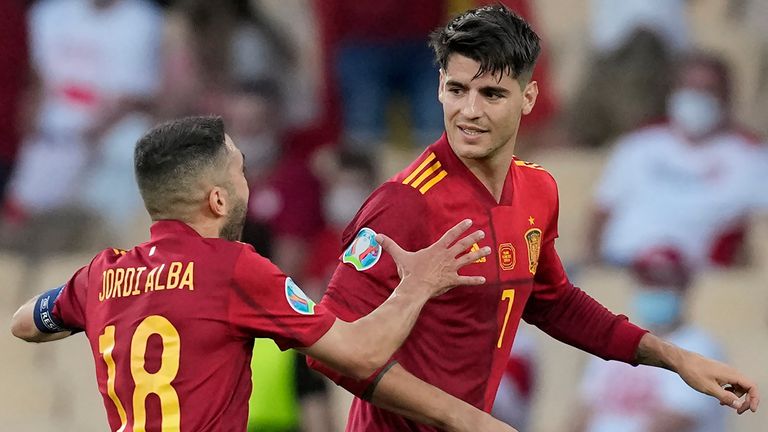 However, he has revealed the level of abuse directed at him and his family and says there is a limit to what criticism is acceptable.

“I would like people to put themselves in my shoes and think what it’s like to get threats towards my family, people saying ‘I hope your children die’. I’ve had to leave my phone outside my room,” Morata told Spanish radio station Cadena Cope.

“My wife and children have come to the stadium in Seville with Morata on the back of their shirts and people have been shouting at them. It’s complicated. I understand people booing me for missing chances but there’s a limit.”

Morata said he had a sleepless night after missing the penalty during the win over Slovakia, which set up a last-16 tie with Croatia, but does not regret taking the spot-kick.

Despite the abuse and criticism he has faced, Morata insists he feels a huge level of support from his team-mates, adding World Cup-winning former captain Iker Casillas had called him to lift his spirits.

“I’m proud of the fact I picked up the ball [to take the penalty] after people booed me in the warm-up. A few years ago I would have been devastated but I’m really motivated. Whoever thinks the opposite doesn’t know me,” he said.

“It’s hard to find a group like this especially in the difficult times. After a week like this I’ve been aware of how everyone looks at me but I look in their eyes and see they are supporting me.”