Alvaro Odriozola has missed Real Madrid training on Tuesday as he looks to finalise a loan move to Bayern Munich.

Zinedine Zidane’s squad completed their preparations for the Copa del Rey tie with minnows Salamanca on Wednesday and there was no sign of Odriozola in training.

The right back has been out of favour at the Bernabeu all season and is now on the verge of leaving the club. 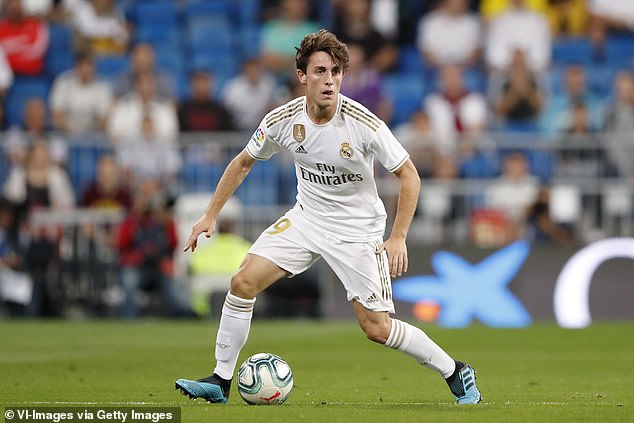 According to Spanish outlet AS, Odriozola is now ‘a step away’ from joining Bayern on loan for the rest of the season.

Bayern want to strengthen their options in defence and provide manager Hansi Flick an alternative to Benjamin Pavard with Joshua Kimimch moving into midfield.

Athletic Bilbao are also interested in Odriozola and could mount a late bid to sign him but, as things stands, the Bundesliga looks likely to be his next destination.

Odriozola has made just five appearances so far this season, featuring in 434 minutes of action.