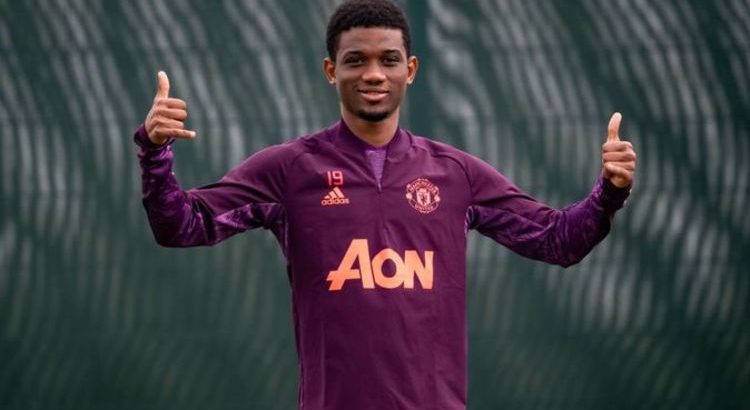 Man Utd: Solskjaer's message to fans ahead of more protests

Manchester United fans were equal parts intrigued and excited when the club completed a £37million deal for Amad in January. The 18-year-old arrived from Atalanta with a promising reputation, but little tangible evidence to prove it.

In the months since he touched down in Manchester, supporters have been given only brief glimpses of his talent in the red of United.

Amad has made just five substitute appearances for Ole Gunnar Solskjaer’s first team so far, but already has a goal to his name, having netted against AC Milan in the Europa League in March.

With the likes of Marcus Rashford, Mason Greenwood and Daniel James ahead of him, and with little first-team football under his belt, it has been understandable that Amad has been made to wait for opportunities.

United’s fixture pile-up has been the source of much irritation for Solskjaer, who has been angered by what he feels is an “impossible” situation. 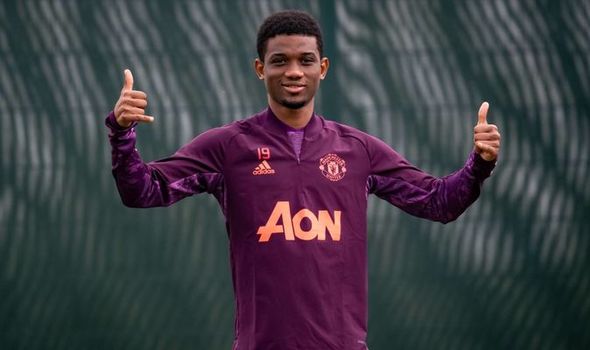 After United’s Premier League game against Liverpool was postponed by protests against the Glazers on May 2, there were always going to be repercussions for the team.

With the game eventually rescheduled for Thursday, United are now in the middle of playing four games in the space of four days.

Having reached the Europa League final with an 8-5 aggregate win over Roma last Thursday and come from behind to beat Aston Villa 3-1 on Sunday, Solskjaer has made the call to rotate his squad for tonight’s league game against Leicester City.

Amad has not played since making a brief cameo against Granada on April 15, but he could now be in line for a first Premier League appearance, with 17-year-old forward Shola Shoretire in the frame as well.

“They are in contention,” Solskjaer said of the pair. “They are in the first-team squad, they are training with us every day.

“I would think that some of the young boys will get an appearance, definitely. If it’s coming on towards the end or from the start I don’t know because I don’t know how the players will be on Tuesday when we see them.”

Tottenham could land top managerial target thanks to rivals’ plans

While the result is the most important thing for Solskjaer, with United able to cut Manchester City’s lead to four points with wins over Leicester and Liverpool before City play Newcastle on Friday, there are other factors at play.

Inevitably, thoughts at Old Trafford have already turned to the summer transfer window, which officially opens for 12 weeks on June 9.

United have already completed an important piece of business, by signing Edinson Cavani up to a one-year contract extension, but there will be more to come.

According to German newspaper BILD, United are preparing to offer Borussia Dortmund £77m in a bid to sign Jadon Sancho this summer.

United spent last summer chasing Sancho before being ultimately put off by Dortmund’s £108m price tag, but it seems that, a year on, the German club may be willing to play ball.

That prospect is undoubtedly an exciting one for United fans: Sancho has contributed 14 goals and 18 assists across all competitions and, at 21, is already a world-class player. 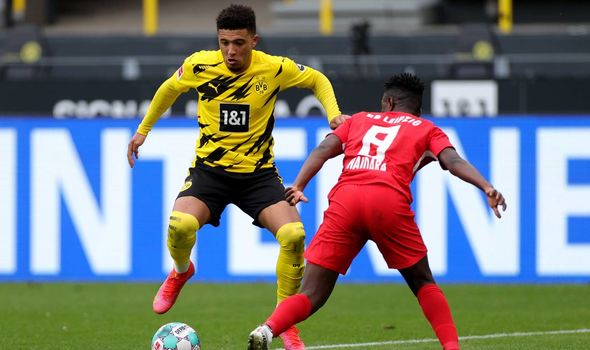 Sancho’s potential arrival could also solve a long-running issue at United over who plays on the right wing; Rashford, Greenwood, James, Anthony Martial and Juan Mata, among others, have all played there without nailing it down.

A front three of Rashford, Cavani and Sancho, with Bruno Fernandes in support, is an exciting prospect for next season. Yet it would also have other consequences.

Rashford and Greenwood have already shown the value in giving young players a chance. Aged 18, Rashford made his United debut in February 2016 in the midst of an injury crisis. He scored twice on his debut against Midtjylland and then netted two more on his Premier League bow against Arsenal days later.

Greenwood was eased in by Solskjaer, making his debut as a 17-year-old in March 2019 before breaking through in the 2019/20 season by scoring 17 goals in 49 appearances.

Had United signed another striker, Greenwood might not have been afforded the opportunity to break onto the scene.

It is still early days for Amad, but with Sancho’s potential arrival looming large, tonight would be a good time to show Solskjaer and United fans just how talented he really is.