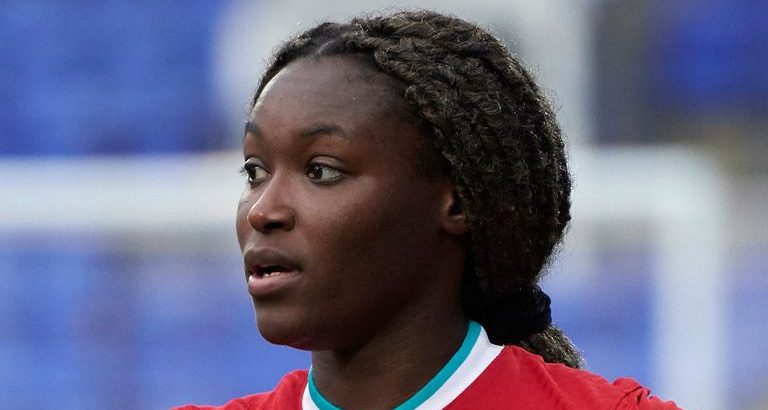 The Liverpool forward last week spoke out about racist and sexist comments made in response to a post she made on Instagram.

Whiteley told the PA news agency: “I think it’s just completely unacceptable for anyone to receive that sort of abuse online.

“We’ve fully supported Rins. I’ve reached out and offered my full support, as have the club. Our sports psychologist has been in touch with her to offer her support.

It has to stop. pic.twitter.com/OM1mRuZMXK

“Absolutely as a club we condemn it and we’ll do everything we can to support Rins and any person that’s received that sort of abuse online, and do our best to fight against it.

“Unfortunately it sounds like it’s something she is having to deal with on a regular basis and that’s something that has just got to stop.”

Liverpool last week said in a statement the attack on Babajide had been reported to the police, with an investigation under way, and added: “Social media companies and those who govern them can and must take the steps which will give players the protection they deserve and help easily identify those who peddle this online hate under a mask of anonymity.”

A message of support for the player from the official Lionesses Twitter account said social media companies “need to step it up”.

Getting ready for Sunday 💪🔴 pic.twitter.com/0li1Iv9o5M

Babajide herself said on Twitter: “The hate speech needs to be cut out from social platforms. They have the tech to do it, SO DO IT. FYI: the comments on my posts remained for 3hrs before Facebook/Insta finally took them off… Good one!”

Whiteley said: “I think social media companies have got to take responsibility and stronger action.

“But it is up to all of us. We all have to stand up together, in whatever the best possible way is to stand up against it.”

“We share the goal of tackling it and want to hold people who share it accountable. We do this by taking action on content and accounts that break our rules and cooperating with law enforcement when we receive a valid legal request.”

Babajide has not played for Liverpool since January and, when asked about that, Whiteley – whose side face Leicester in the FA Cup on Sunday – said: “Rinsola’s not available for selection at the moment, she’s not currently match-fit.

“She is currently training with our U21s to try to return to match fitness and then we’ll go from there.”

If you see a reply to Sky Sports posts and/or content with an expression of hate on the basis of race, colour, gender, nationality, ethnicity, disability, religion, sexuality, age or class, please copy the URL to the hateful post or screengrab it and email us here.