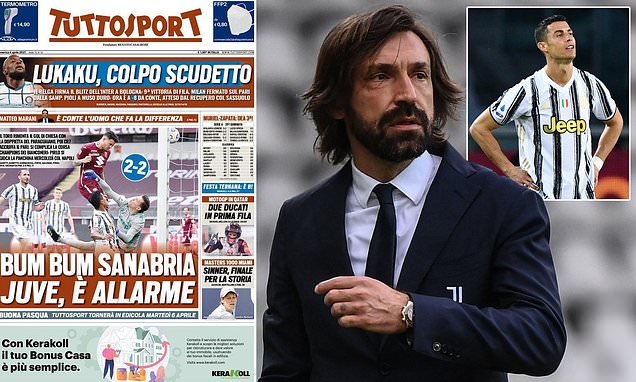 Andrea Pirlo has been shrouded in even more doom and gloom with reports in Italy claiming he is ‘gambling’ with his job as Juventus boss next week.

The rookie coach was a surprise hire after replacing Maurizio Sarri last summer – but his tenure at the helm of the Turin giants has led to them falling out the title race.

And now, after the draw with Torino also banished them to a scrap just to finish in the Champions League spots, Tuttosport have stated the ‘alarm bells are ringing’. 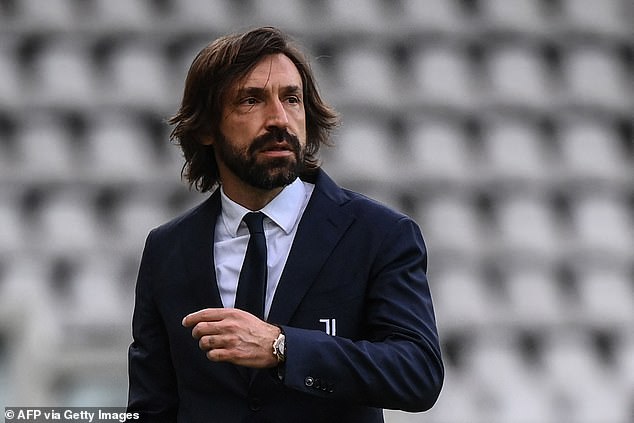 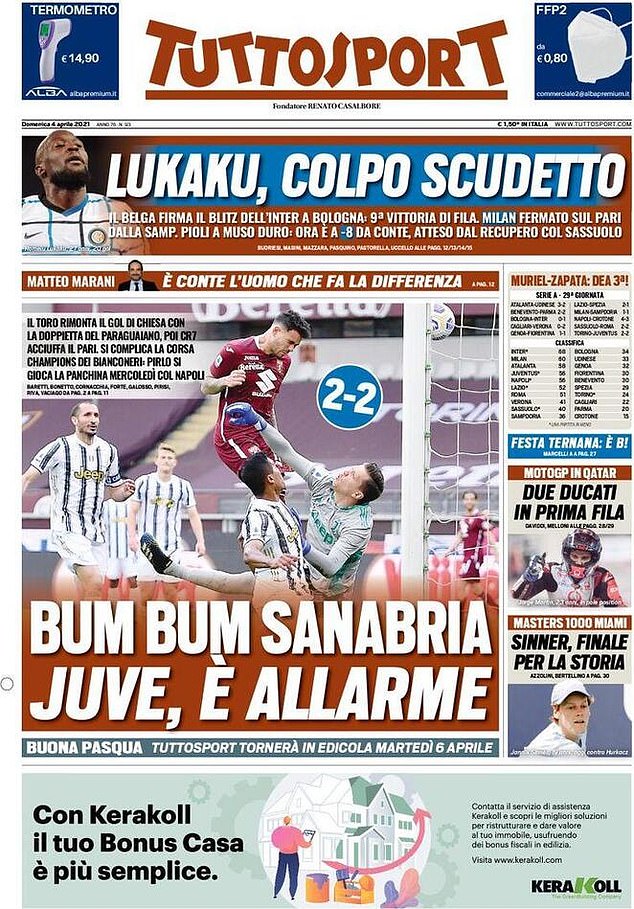 Cristiano Ronaldo struck late to salvage a point for the champions but another poor display has increased the pressure significantly on club legend Pirlo.

The crunch clash with Napoli on Wednesday is said to have taken on even more importance and may prove to make or break his career prospects at Juventus.

With their upcoming opponents locked level on points with them and one place behind in fifth, a defeat would be costly and push the Old Lady out of the top four.

The same Tuttosport report has described Juventus’ hunt to ensure their name is in the hat for Europe’s premier club competition next season as ‘complicated’. 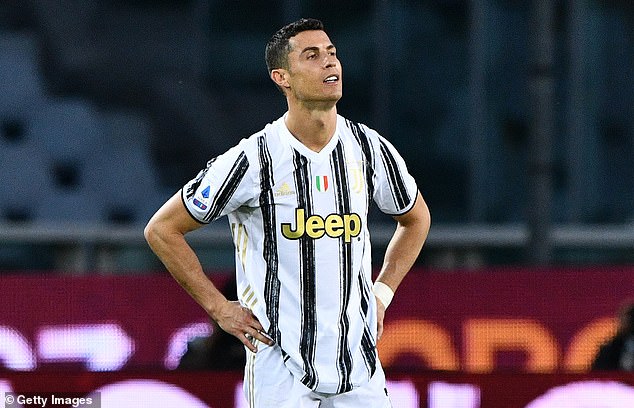 They were dumped out at the last-16 stage this term in shocking fashion by Porto.

With a degree of worry having reportedly broken out at the Allianz Stadium, past assurances that Pirlo will remain beyond this campaign may prove wide of the mark.

Vice president Pavel Nedved insisted ‘100 per cent’ that Pirlo would stay in charge before the international break.

‘We have begun a new project with him, knowing we would face difficulties,’ Nedvev told DAZN. ‘We wanted to do something more, but we could not manage to do so. 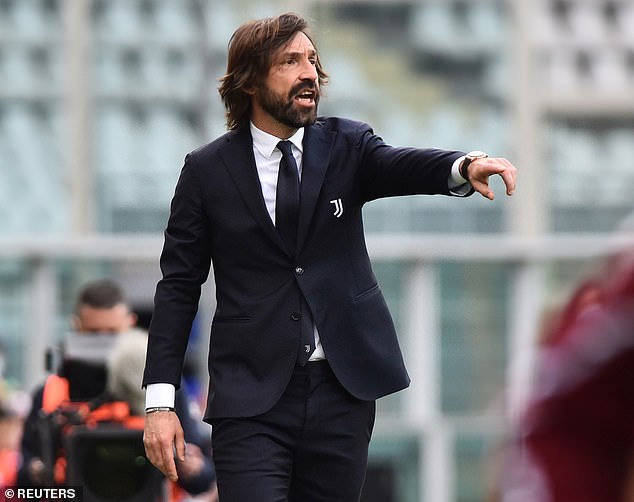 ‘We are calm, Pirlo has everything to become a great coach.’

However, the setback against Torino now sees Juventus a whopping 12 points off top spot and with any hopes of defending their crown shattered.

As a result, the club are said to be considering an approach for Real Madrid coach Zinedine Zidane due to Pirlo’s precarious position.

According to AS, Zidane, who memorably caught the eye for Juventus between 1996 and 2001, is the priority target of the hierarchy in Turin. 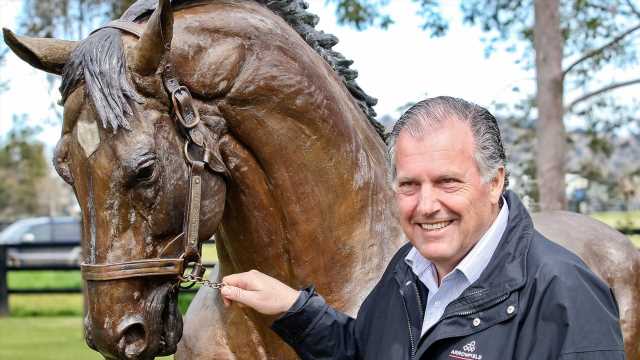 Interest in Everest slots at fever-pitch as Arrowfield and Godolphin secure slots.