Andy Carroll has returned to full first-team training at West Ham with manager Manuel Pellegrini predicting the striker will return to action next month.

The 29-year-old has not made an appearance so far this season after suffering a recurrence of an ankle problem which required surgery.

Carroll was all smiles again as he trained at West Ham’s Rush Green training base on Thursday and Pellegrini think he could play again after the next international break. 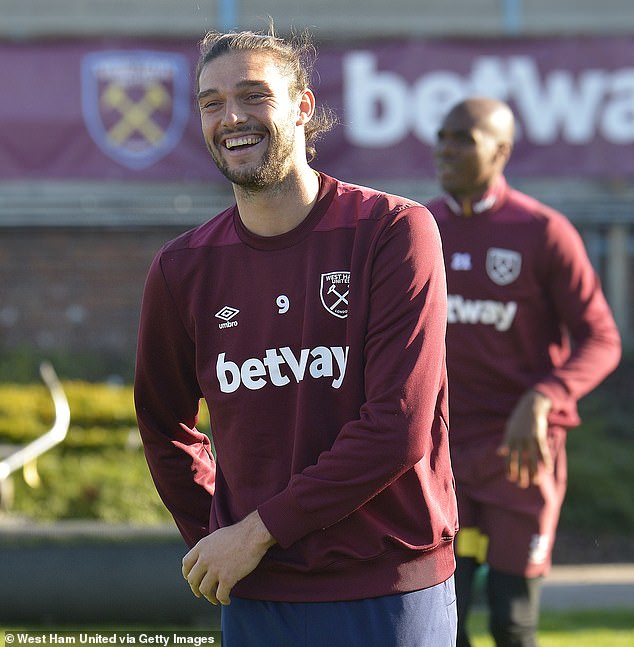 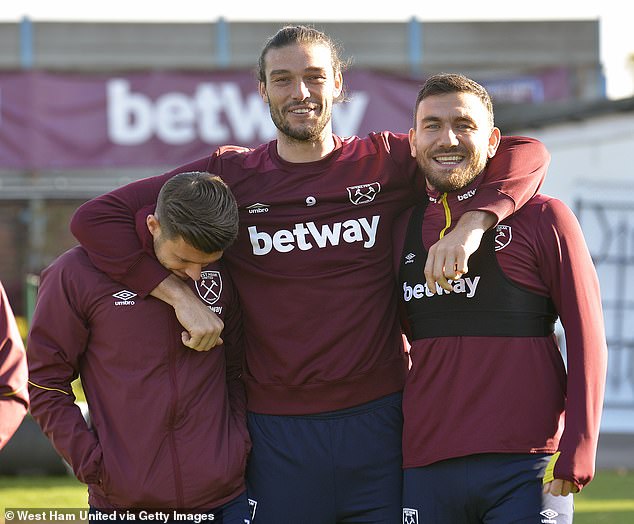 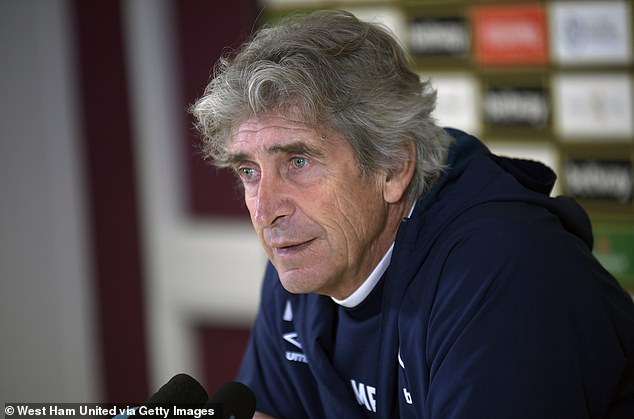 However, Pellegrini admitted the loss of winger Andriy Yarmolenko for several months following Achilles surgery is a ‘very difficult’ blow for the team.

‘Unfortunately we have a lot of long injuries,’ said Pellegrini ahead of West Ham’s visit to Leicester City in the Premier League on Saturday.

‘Yarmolenko had surgery and he will be out for around five months. Andy Carroll and Jack Wilshere [also out with an ankle injury] are in recovery.

‘Andy is sometimes working with the squad. He is improving. I hope he might play after the international break.’ 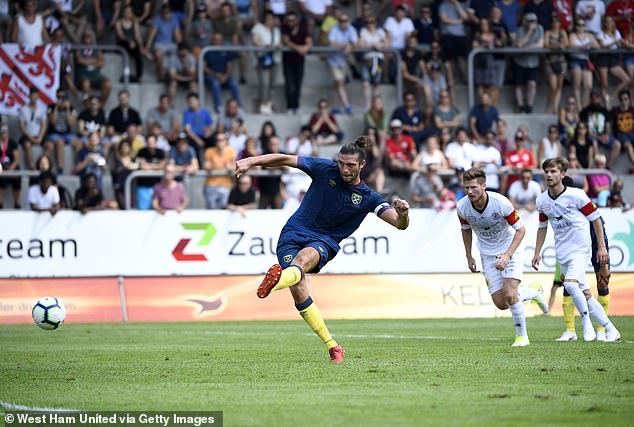 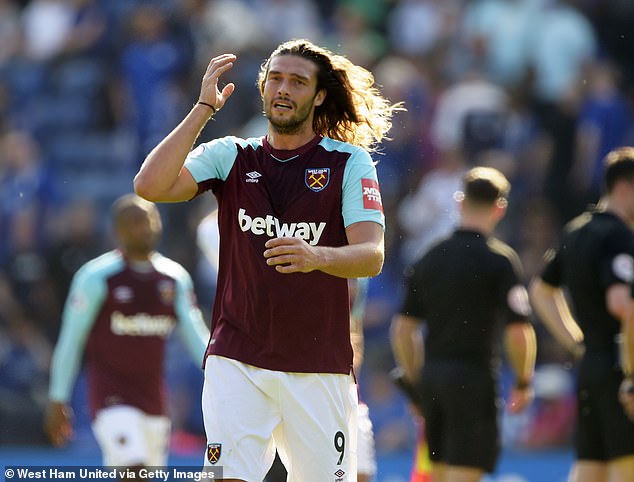 Carroll has not played competitively for West Ham since their goalless draw with Manchester United back on May 10.

He played 45 minutes of West Ham’s first pre-season friendly of the summer against Winterthur, scoring just before half-time and missing a penalty, but that’s all he has played under Pellegrini.

Carroll suffered a relapse of the ankle problem during pre-season training and required surgery to correct the issue.

Yarmolenko, the 28-year-old signed from Borussia Dortmund over the summer, was forced off during West Ham’s Premier League defeat to Tottenham last weekend. 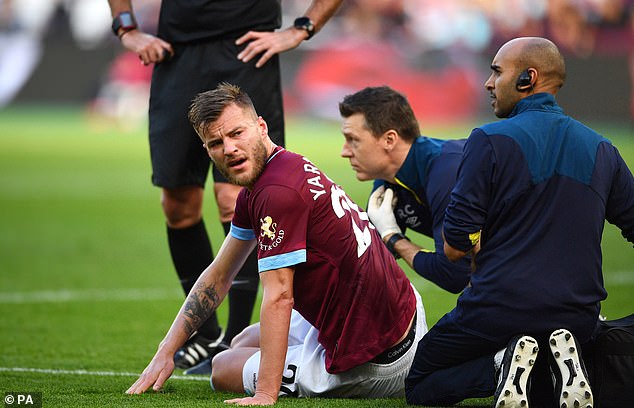 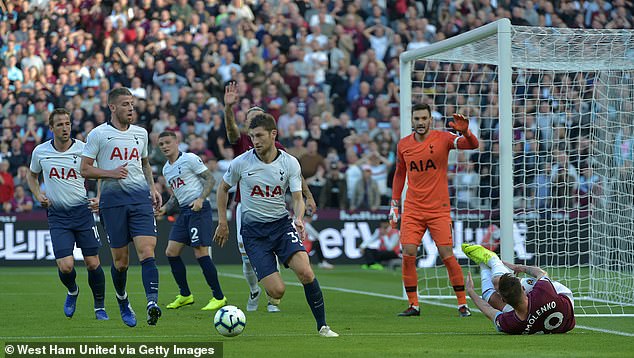 He has undergone surgery but now faces a lengthy spell of rehabilitation lasting five months.

‘It was very disappointing because he is an important player for us. He was one of the players who arrived this season to bring us more technical players,’ Pellegrini said.

‘We also have [Manuel] Lanzini and [Jack] Wilshere out, so that is three players in the same position. It is really a pity. It is very difficult for the team.’