‘Whether he’s fit or not, he could be a match winner’: Andy Robertson warns Liverpool Harry Kane could be crucial in Champions League final even if Tottenham ace has not fully recovered

Andy Robertson has warned his Liverpool team-mates that Harry Kane could still be decisive in the Champions League final, even if the Tottenham striker is not fully fit.

Kane has been out of action since the first leg of Spurs’ quarter-final first leg against Manchester City with an ankle issue.

However, Kane has declared himself fit for Saturday night’s showpiece final in Madrid and Robertson is wary of the threat posed by the England captain. 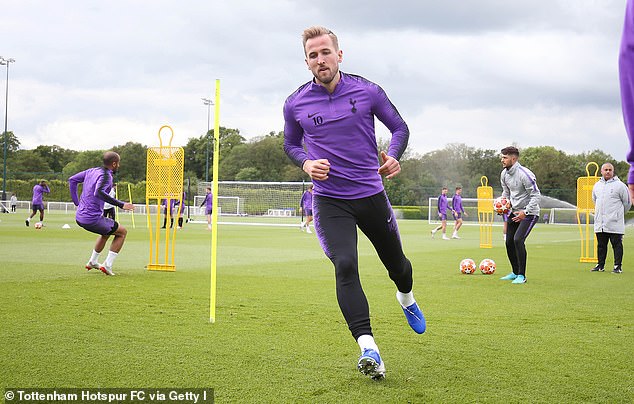 ‘Of course, Harry Kane is a world-class striker and whether he’s fit or not, he could be a match winner for them. We obviously hope not.

‘It doesn’t really make a difference which team starts for them, we need to concentrate on us and concentrate on being 100 per cent defensively and attacking.

‘If we do that, we believe we’re good enough to win the game.

‘The only difference with two Premier League clubs is there will probably be no surprises.

‘We both roughly know how each other are going to play so hopefully we’ll do that and come out on top.’ 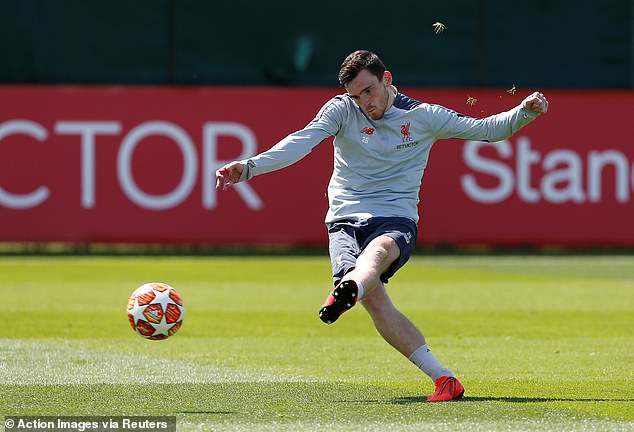 Robertson is wary of the threat posed by the England captain, even if he is not fully recovered

Jurgen Klopp’s side are set to play their second Champions League final in two years and, after narrowly missing out on the Premier League title, Robertson insists their displays this season deserve some reward.

‘Our performances have probably deserved a trophy, but that doesn’t mean you get it.

‘We’ll keep knocking on the door, but we’ve got a big chance here and so do Tottenham, we know the problems they can cause us.

‘It’s about putting in a complete performance and having a little bit of luck as well.’