Ouest-France reported that the 22-year-old was questioned by local police following a second indecent exposure complaint lodged against the Algerian attacker.

The latest reports are separate to a complaint made against El-Melali back in May in which he is already preparing to face in a court hearing later this summer. 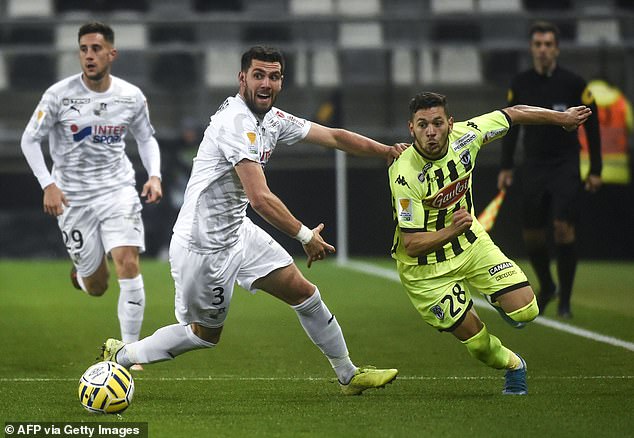 El Melali’s lawyer, Sandra Chirac Kollarik, told Ouest-France: ‘Farid El Melali was heard this Wednesday morning by the Angers police services, about acts committed during the recent period of confinement, which he acknowledged, and about which he had already been interviewed before being summoned to court.

‘Once again Farid El Melali answered the questions asked and all the necessary checks could therefore be made, so that his hearing was quickly closed.

‘He renews his sincerest apologies to the women he may have upset with inappropriate attitudes.’

It is not clear if the alleged second offence took place before or after the first transgression.

In response to the latest reports, Angers President Fabrice Favetto-Bon said: ‘We believe that we have already made statements on this matter. We heard the player’s apology.

‘Obviously, this type of behaviour, pending the decision of the courts, does not conform with the values of the club and our requirement of players to be examples. The process is ongoing.’ 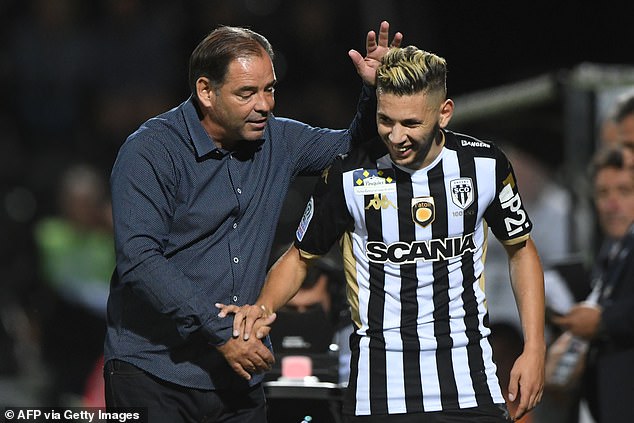 El-Melali missed Angers morning training session but having been released from questioning, was part of the group which trained in the afternoon.

He will be expected to make a plea – either guilty or not guilty – when facing a prosecutor at some stage later in the summer on the two complaints of alleged indecent exposure.

Angers are likely to watch with interest before confirming the actions they will take following the two visits into police custody for the young winger.