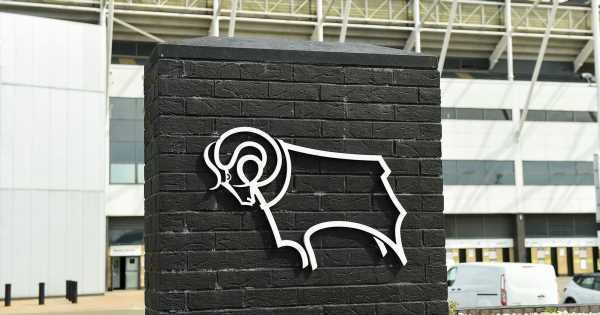 Derby County look to have seen another prospective takeover fall through, after reports claim they have pulled out of talks with Erik Alonso.

The mysterious Spaniard, of whom very little is known, had agreed to take over from current County owner Mel Morris back in April.

But as time went on, more and more suspicions have arisen – especially from cynical Rams' supporters.

Earlier this season a protracted £60million takeover by Bin Zayed International (BZI), a Dubai-based consortium, was called off – and now it appears that Alonso's deal has suffered the same fate.

The Telegraph says that Morris has scrapped talks with Alonso and is now in dialogue with other potential buyers, but that will be little consolation to worried fans or boss Wayne Rooney.

It caps off a rollercoaster week for Derby.

Last Saturday they secured Championship survival in dramatic fashion with a draw against Sheffield Wednesday. The result kept the Rams up at the expense of Wednesday.

Then, just a few days later, the EFL won part of their appeal against County in relation to a breach of spending rules.

The league said they would press for any punishments "as soon as reasonably possible". That punishment could well involve a points deduction and Wycombe – one of the teams demoted at the expense of Derby – added their voice to the debate.

The Chairboys released a lengthy statement saying "Wycombe Wanderers will always continue to compete to its maximum potential, on and off the pitch, by playing within the rules. We expect our opponents to do the same.

"The club trusts that the correct decision will be reached by the independent commission which has been appointed to judge Derby County’s case."

They added that they were "not contemplating legal action at this time".

As if that wasn't enough, Alonso was also involved in another social media episode when he posted a video of a plush apartment, only for users to discover that he had seemingly duplicated a TikTok video of the same house.

Upon the deal being agreed to buy Derby, Alonso made bold claims such as wanting to take the club into the Champions League. According to the Mail, an EFL source said: "The deal is dead in the water and Mel Morris realises that."