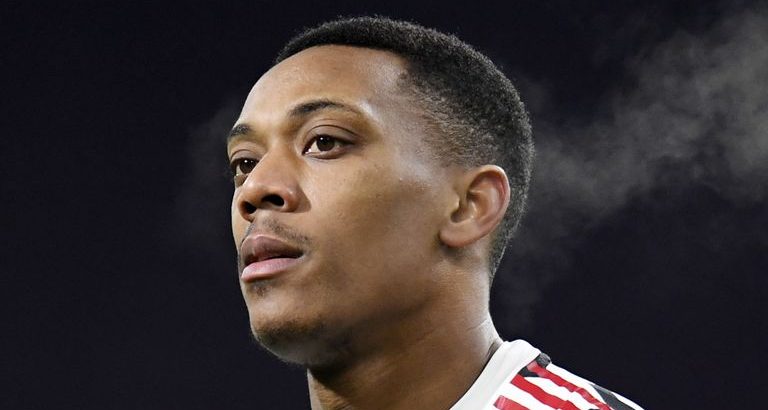 Manchester United striker Anthony Martial could be out for the rest of the season after spraining his knee, says manager Ole Gunnar Solskjaer.

Martial, 25, sustained the injury while on international duty with France and could now face a race against time to be fit for this summer’s European Championships.

The striker was absent from United’s matchday squad for Sunday’s visit of Brighton in the Premier League with Edinson Cavani starting in his place.

Solskjaer told MUTV: “Unfortunately he’s sprained his knee with France … losing Anthony for what might be the rest of the season is very disappointing, especially when the reports and signals are from there that it wasn’t [anything] serious, but it looks a bad one, yeah.”

However, Solskjaer offered a more positive update in a separate interview ahead of the game.

“He sprained his knee with France and it looks like he’ll be out for a few weeks, definitely,” he told BT Sport. “But we hope to get him back before the end of the season but we’re not sure.”

Martial had set up France’s first goal in last Sunday’s World Cup Qualifier against Kazhakstan before limping off.

His place in Didier Deschamps’ squad for Euro 2020 will be under threat if he is unable to prove his form and fitness for United before the end of the season.