Atletico Madrid forward Antoine Griezmann has revealed how manager Diego Simeone and team-mate Diego Godin consoled him at his house after he was jeered by fans amid speculation he would leave for Barcelona.

The Frenchman’s future in the Spanish capital became something of a soap opera prior to the World Cup this summer with Barcelona desperately seeking to secure his signature.

Griezmann eventually announced he would not be making the £87million move to the Nou Camp and reaffirmed his commitment to Atletico before winning the tournament with France in Russia. 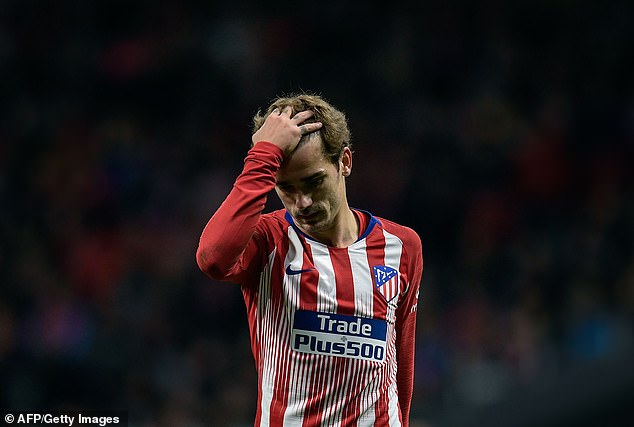 He has now revealed that both Simeone and captain Godin offered him vital support after he was booed in the final La Liga game of last season against Eibar.

‘[Simeone] and Godin came to me after the match at the Wanda Metropolitano in which I was booed,’ he told ESPN.

‘It was a message from Godin: “I will go to your place so we can have a chat.” I didn’t know that [Simeone] was with him, and I see [Simeone] stepping out of the car.

‘I was amazed. “What are you doing here? What do you want?” “Nothing” he said. “We have been talking and we wanted to see how you have been.” He told me that I didn’t have to make a decision straight away but that I had to take things calmly.

‘He advised me to talk it out with my relatives and close people and then [he told me] about all what I represented for the club and for himself.’ 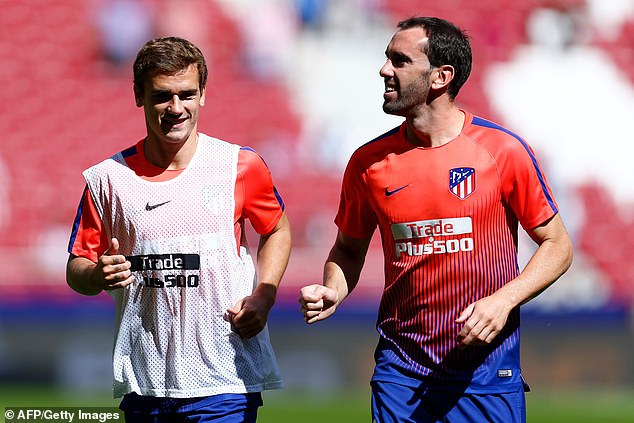 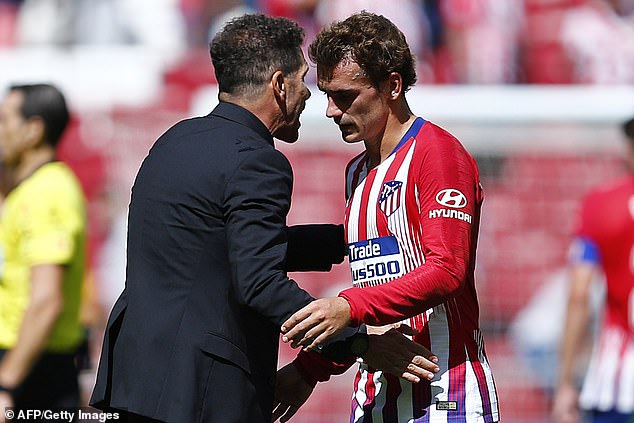 Griezmann also spoke openly about the possibility of him winning the Ballon d’Or in the future.

The French attacker is in the running to win football’s highest individual accolade after a stunning year saw him win the Europa League with Atletico and the World Cup with France.

Griezmann has talked up his desire to win the award but with the prize not set to be awarded until December 3. He added: ‘I actually do [dream of winning it].

‘I’m not afraid of saying it. I dream of the Ballon d’Or, of the Champions League, of winning the World Cup. I dream of a lot of things. I dream of having three children. Those dreams motivate you when you wake up each morning and you have goals to achieve.