Antoine Griezmann was front and centre as Atletico Madrid’s superstars trained ahead of their huge Champions League clash with Borussia Dortmund this week.

Diego Simeone’s side will head to Germany later on Tuesday, but squeezed in a morning training session at Majadahonda first.

In the Spanish sun, Atletico’s players were put through their paces by Simeone, going through a number of sprinting drills under the watchful eye of their manager. 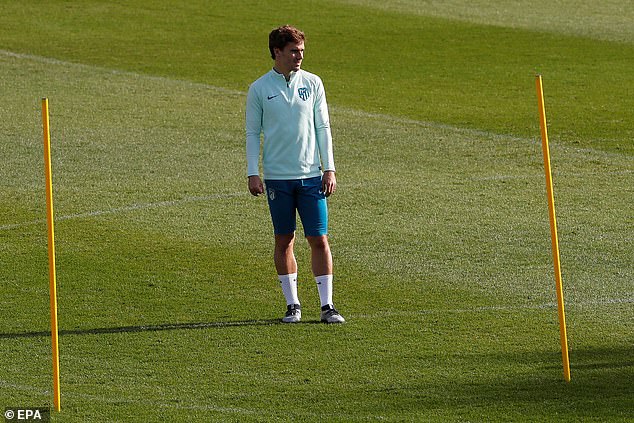 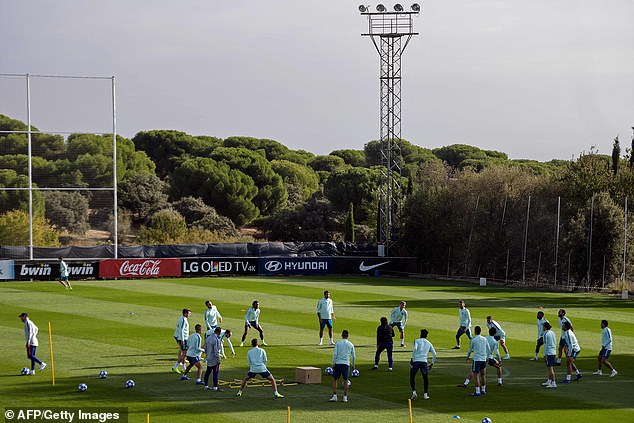 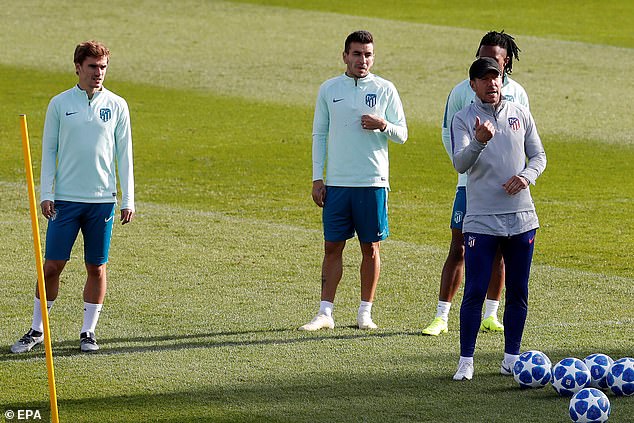 Diego Simeone hands out instructions to his players, including French striker Griezmann (R)

The Spanish side have also been given a boost ahead of their top-of-the-table clash with the news that striker Diego Costa and defender Stefan Savic are fit to play after returning from injury.

Costa, who scored in the Spanish side’s opening 2-1 Group A win away to AS Monaco and set up a goal in the 3-1 victory at home to Club Bruges, has been sidelined since hurting his hamstring against the Belgian side on October 3.

Montenegro centre back Savic has been sidelined for six weeks since suffering what the club described as a ‘severe muscle injury’ while on international duty in September. 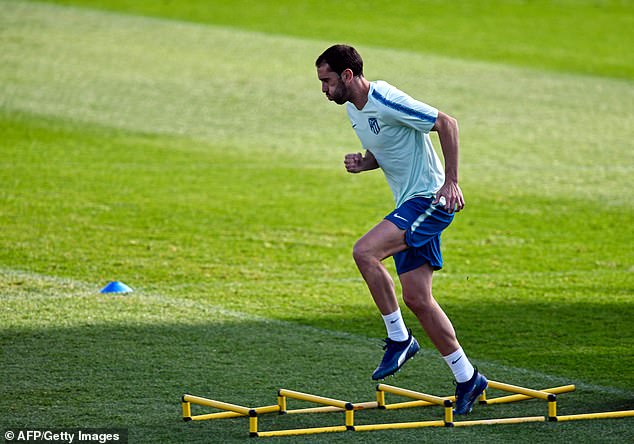 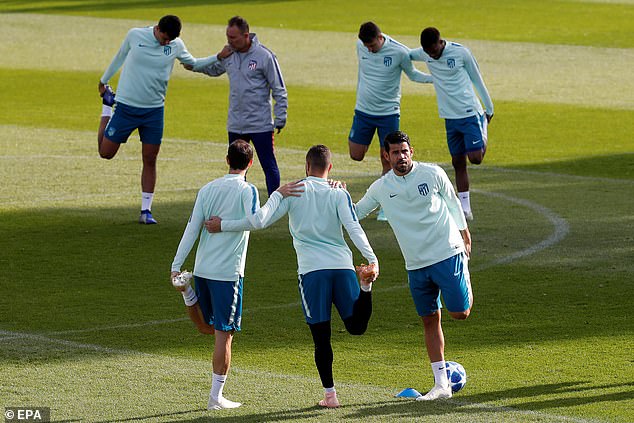 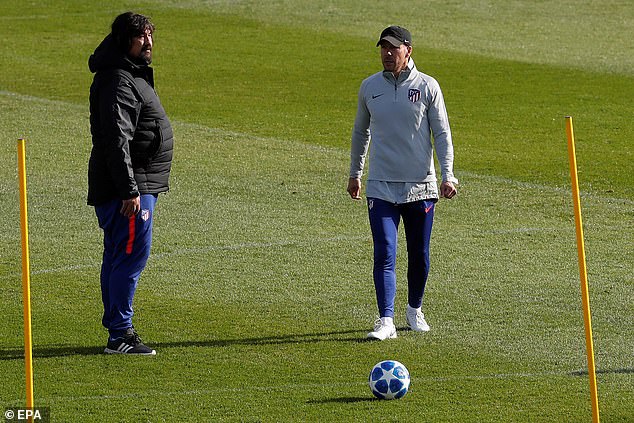 Atletico currently sit second in the Group A table, on six points but trailing Borussia Dortmund by a single goal.

They face off with their rivals in Dortmund knowing that a victory will move them to the top, and a step closer to qualification to the knockout stages.

Monaco and Club Brugge are the two sides trailing behind in the standings, and with four matches to go Atletico are in the perfect position to qualify. 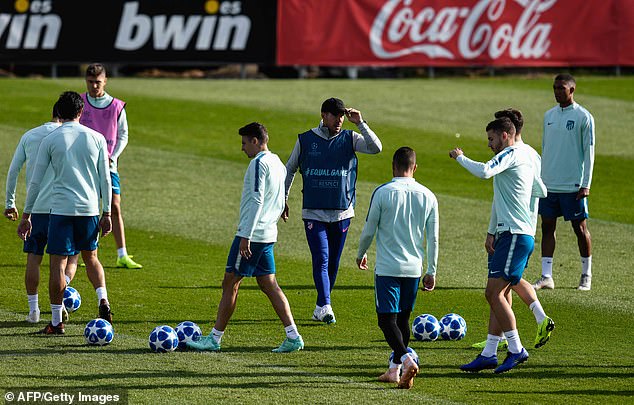 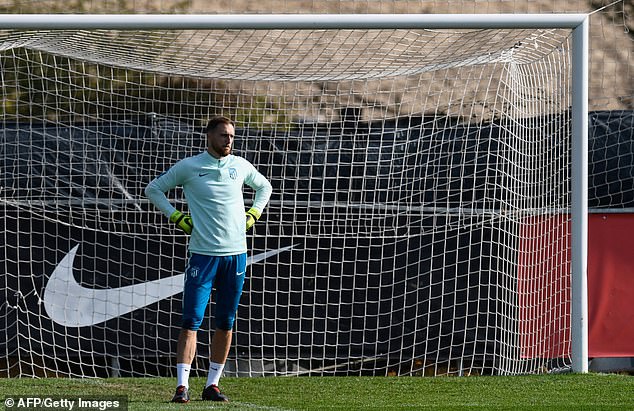 Atletico are currently unbeaten in all competitions since September 1st, a run stretching back eight games, and will be looking to keep that pace up.

An abundance of draws in La Liga has left them slightly off the pace, though, and they currently sit fifth, outside the Champions League spots on goal difference.

After their trip to Dortmund, Atletico host Real Sociedad before a trip to fourth tier Sant Andreu in the Copa del Rey. 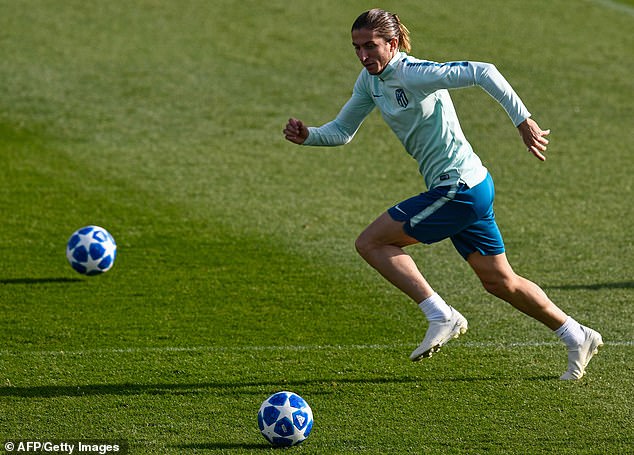 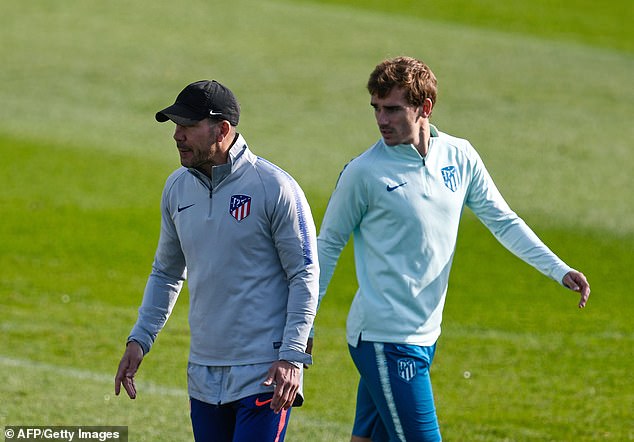