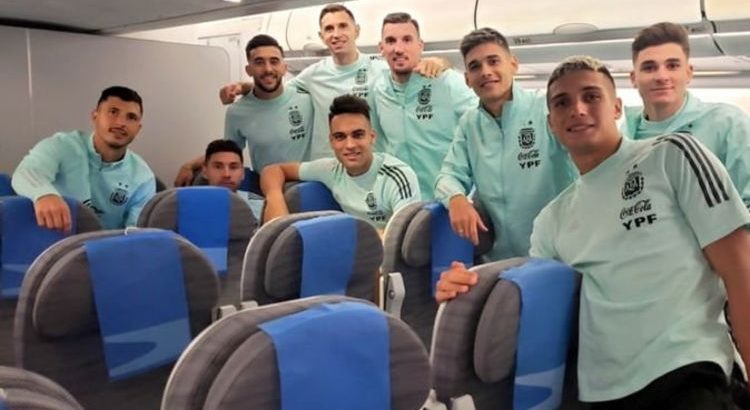 Argentina have flown out of Brazil with all four Premier League stars on board after a chaotic World Cup qualifier between the South American rivals was abandoned. Authorities stormed the pitch shortly after kick-off amid claims that Argentina’s England-based contingent had failed to complete a quarantine period after entering the country.

In highly unusual circumstances, ANVISA personnel and the Brazilian Federal Police entered the field of play with a view to deporting the guilty parties.

Tottenham and Aston Villa had two players each embroiled in the controversy, with Giovani Lo Celso, Cristian Romero, Emiliano Martinez and Emi Buendia all targeted.

The first three all started the game which was interrupted after just seven minutes.

Authorities objected to the fact that those travelling from England had failed to complete a mandatory 14-day quarantine when arriving in Brazil.

As elite athletes, confusion likely stemmed from the belief in an exemption, although that turned out not to be the case.

After a hectic affair in which some Argentina players allegedly locked themselves in the changing rooms to avoid ANVISA, the squad have now been pictured flying out of the country.

In a photo posted to social media, Martinez is clearly on board the flight, while all four of the stars central to the controversy reportedly departed.

The match-up with Brazil has been suspended to an undetermined date, while the Argentines must prepare for a home tie with Bolivia in the early hours of Friday morning.

Covid-related tensions have been running high this season for Premier League clubs, with the international break posing a real dilemma.

Lengthy quarantines are expected when players return, threatening to disrupt the seasons of those with numerous internationals in their squad.

Nuno Espirito Santo is one such manager, never mind the fact that two of his players were in the midst of Sunday’s chaos, and he has called for greater external help.

The Tottenham boss said: “It’s a problem that doesn’t just affect us but all the clubs with South American players playing in the Premier League.

“We have to obey the government law. We will try to do so but at the same time we don’t have any kind of help from FIFA, the government or the Premier League in support in this situation.

“We know what it means for all of the players to play for their national teams. It’s something they’re very proud of, so what we are trying to do is anticipate the situations.

“So expecting that not only for the next international break but also there will be a couple more, so we need to be clear.”