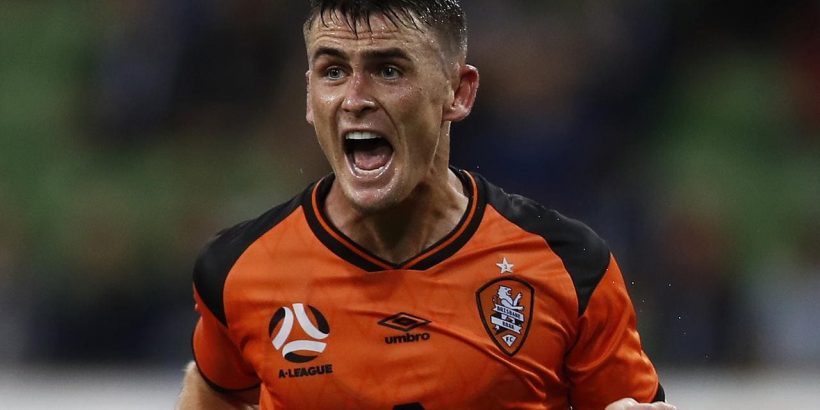 The COVID-19-enforced postponement of the 2020 Olympics has increased Australia’s hopes of football success when the delayed Tokyo Games belatedly take place this year.

That’s the belief of Olyroos coach Graham Arnold, who is delighted at having at his disposal a growing pool of emerging players that are this season getting more game time in the A-League.

“I believe we’ll go to the Olympics and give it a shake for a medal,” Arnold said,

“COVID has been a disaster for a lot of people but for these kids, if anything, it’s been a blessing because now they’re getting more time, more minutes.”

It’s going to mean some pleasant selection headaches for Arnold, who mentioned the likes of Brisbane’s Dylan Wenzel-Halls, Western Sydney’s Tass Mourdoukoutas and Newcastle’s Ramy Najjarine being among those younger to have stood out this season,

The Olyroos – Australia’s under-23 team – will have an 18-man squad in Tokyo, with up to three players permitted to be over-age players.

Those over-age players won’t include those who are now a year too old for the team.

Such players, who were age eligible for the Olympics last year, will be permitted to play in Tokyo after FIFA recommended the age limit be raised to 24.

“This time last year we were still in Thailand qualifying for the Olympics, and I struggled to put a squad together,” Arnold said.

“Now the same people that were asking me those questions last year about the squad and how we would go in Thailand are now talking about how many great young kids we’ve got.

“If I had to pick an Olympic team for Tokyo 2020 then, it would have been an easy job. Now, it’s going to be very difficult.

“There are players everywhere pushing for one of those 18 positions to go to Tokyo, and they’re doing exceptionally well.”

Arnold – who is also the Socceroos coach – has been thrilled with the performances of younger and experienced players so far in a new A-League season that has perhaps been better than predicted after concerns the standard would fall due to a host of foreign and Australian talent having sought greener pastures elsewhere because of the national competition’s reduced salary cap.

“It may end up that in June for (the Socceroos) to finish the (2022) World Cup qualifiers I have to use an A-League based team,” Arnold said.

“I’m monitoring and I’m looking at those older boys all the time.

“The older players are the leaders, the role models, the mentors for these younger kids.

“They’re definitely on the radar for the Socceroos. In this pandemic you’ve got to be flexible with planning. We will find a way.”