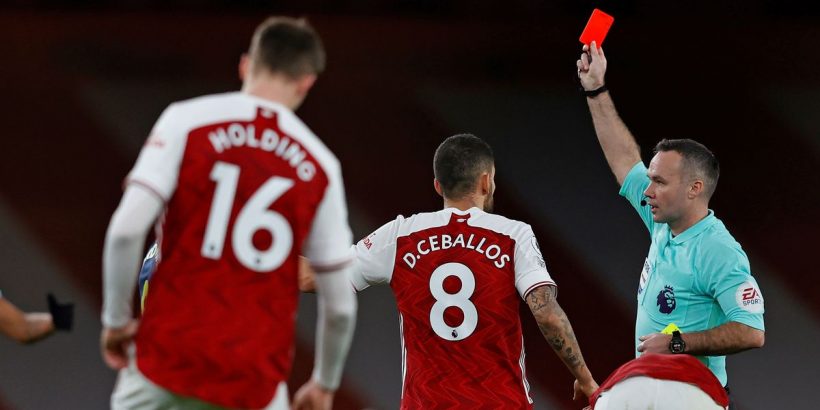 Arsenal may not be getting near the top of the Premier League season this year – but they are top of the table for dirtiest team.

The north London side are ninth in the league with nine games to go, sitting 29 points behind leaders Manchester City.

Mikel Arteta’s side are one of just six teams to never get relegated from the top division of English football.

While they have 2,053 points to sit second in the all-time Premier League list, it does mean they have also picked up some bad habits.

And they actually lead the way in a stat which makes them the dirtiest team in the top flight.

When looking at which top-flight team has pocked up the most red cards in Premier League history, it is the Gunners that lead the way on 98.

Five of them have been added so far this season, the most in the top-flight of the 36 from the current campaign.

But they are tied at the top with Everton, who have been represented by red-card favourites such as Duncan Ferguson.

The legendary Scot actually has the most dismissals in the history of the Premier League at six.

Sitting a long way back in third are Newcastle with 87 – one of them coming from five-card man Joey Barton – while Chelsea [79] and Blackburn [77] make up the top five.

The Lancashire side, who have been out of the top flight since 2012, managed to achieve this in 18 seasons.

It puts them just ahead of West Ham [75], where John Hartson spent two years on his way to five red cards. Current Premier League leaders City do not make the top five for dirtiest teams, with 70 red cards to their name.

It puts them just two ahead of Tottenham [68] and Manchester United [67], who have four of the 10 most dismissed players in Premier League history.

And the list of dirtiest teams is made up by Sunderland, who saw players get sent off 62 times in just 16 seasons of top-flight football.