Arsenal were too strong for Fulham in their Premier League opener on Saturday afternoon. The Gunners ran out 3-0 winners with Alexandre Lacazette, Gabriel Magalhaes and Pierre-Emerick Aubameyang all on target. And the victory suggests that, in Gabriel and Willian, Mikel Arteta has grabbed himself two bargains.

A year ago, Arsenal spent big.

They forked out £72million on landing Nicolas Pepe, lured Kieran Tierney to the club from Celtic and also swooped for David Luiz.

This summer, however, things have been different. With Arsenal impacted by the coronavirus crisis, and setting a fair amount of money aside for Aubameyang’s new contract, Arteta has had to be shrewd.

But, if Arsenal’s 3-0 victory over Fulham on Saturday is anything to go by, the Spaniard has grabbed himself two bargains.

The first is Willian.

Not all Arsenal fans were impressed when the club landed the Brazil international on a free transfer from Chelsea after seven glittering years at Stamford Bridge.

But the Samba star already looks like he’s been at Arsenal for years and he was exceptional as the Cottagers were put to the sword. 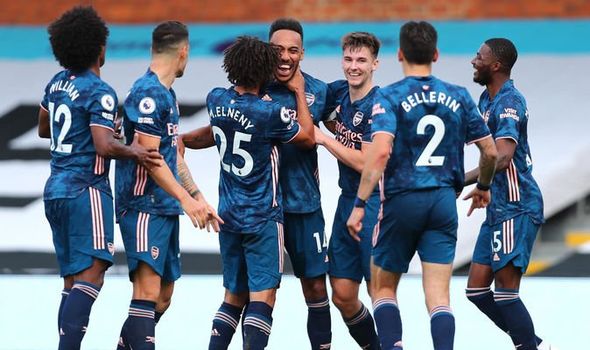 Willian got three assists on his Arsenal Premier League debut, with the first coming for Lacazette’s goal in the eighth minute of the match.

The Brazil international’s presence in the box caused all kinds of problems for Fulham and he was able to neatly pass to the France international, who converted from close range.

His second was for Gabriel’s header.

Willian’s pinpoint cross was thundered home by the Brazil international, who rose highest to nod the ball past Marek Rodak in goal.

And it was his floated pass that set Pierre-Emerick Aubameyang on his way to wrap one into the top corner too.

Defender Gabriel, who arrived from Lille in a £22million deal earlier in the transfer window, also stood out in the straightforward victory.

Away days can be tough in the Premier League. Certainly, there’s no such thing as easy matches in the top flight. 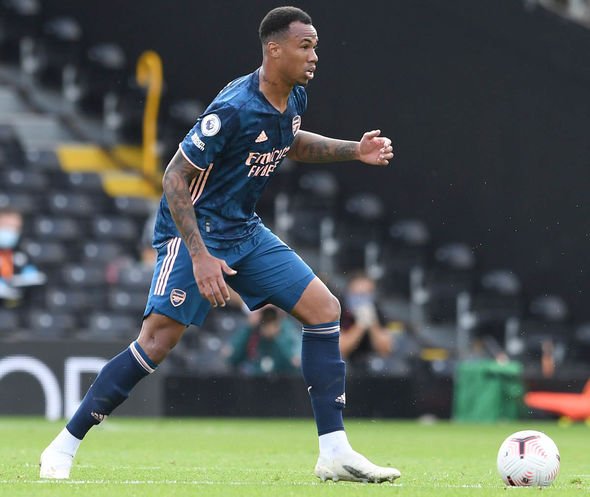 But Gabriel looked at home. He was strong at the back, marshalling Aboubakar Kamara off the ball inside the opening five minutes with astonishing strength.

And his goal tapped off a terrific performance on his debut and, at £22m, he also looks like a transfer bargain.

Arsenal now very much look like a team on the up again. Arteta has got them heading in the right direction at long last and they look good value to finish in the Premier League top four this season.

And BT Sport pundit Rio Ferdinand has been impressed by their turnaround under the Spaniard, saying: “They’re a well-drilled team and I think this season it’s going to be a common denominator about what you say all the time about this Arsenal team – they’re well-coached. That’s how they look.”

Presenter Jake Humphrey then asked Ferdinand how many times he has said that about Arsenal since he hung up his boots to become a pundit.

He replied: “I’d say almost never. I think in the last seven or eight, 10 years this team aren’t happy in these positions.

“They enjoy it, they enjoy being in defensive areas to get their friends out of trouble.”

Arteta said before the match against Fulham that he was ‘only doing his job’ after being named manager, rather than head coach.

“My title has changed a little bit but I’m just here to try and do my job as well as possible,” Arteta said.

“It is always nice to be recognised from the club for the job that I try to do but I just want to help the club to do the right things.

“When I have to be involved, great. When I work in any area, great.

“I just want to make this club more successful in this country as quickly as possible and in a sustainable way. That’s my ambition.

“It’s our ambition and we have to do it together.”