Arsenal boss Mikel Arteta has refused to discuss speculation linking the club with Lyon’s Houssem Aouar but made clear they remain active in the transfer market.

Arsenal have been busy in the transfer window with Willian and Gabriel Magalhaes arriving this summer alongside William Saliba, who had spent last season with Saint Etienne.

But Arteta’s efforts to make further improvements have been hampered by the struggle to offload players.

The likes of Sokratis, Shkodran Mustafi, Mohamed Elneny, Mesut Ozil and Matteo Guendouzi are all available if an agreement can be reached.

And without selling some of those players Arteta can’t move for Aouar, who is high on Arsenal’s wishlist. 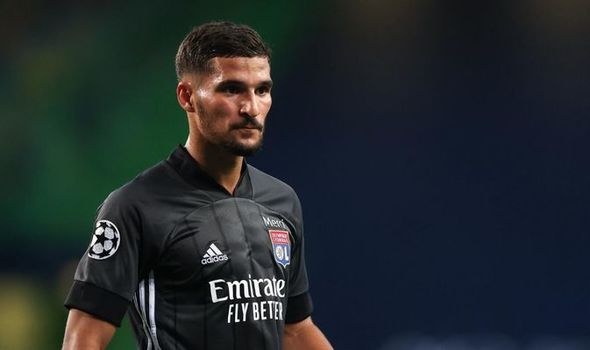 Speaking in his press conference ahead of this weekend’s clash with Fulham, Arteta was pressed on their interest in Aouar but shut down the line of questioning.

He said: “I don’t want to talk about players at other clubs that are not our players.”

Arteta was more forthcoming in discussing Arsenal’s approach to the final weeks of the window, claiming timing is difficult for clubs.

He added: “We are still active in the market, we are looking at different options. 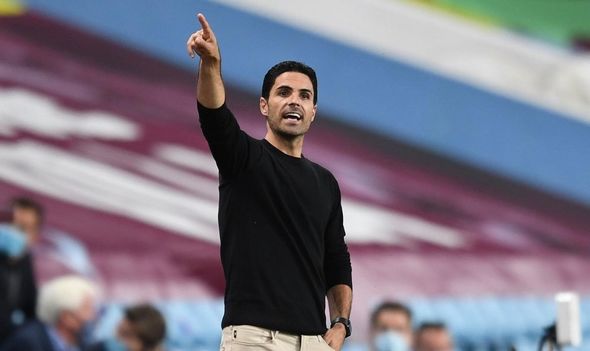 “I would say we are active in the market for players in and out, at the moment the squad balance is not the ideal we want to achieve so there is still some work to do.

“We have to bear in mind the complication with this transfer market and the complexity and the timing, because you can see that clubs are behaving in many different ways and it is a little bit uncertain how this will work in the next few weeks.”

It has been a whirlwind nine months since Arteta was handed the reigns at Arsenal but the Spaniard says he is determined to maintain the progress they’ve made.

He said: “Well, I look 10 years older I think because it’s been really challenging.

“Obviously it was my first job as a head coach and a lot of things happened with a lot of interruptions and a lot of unexpected things, but we all together have been very consistent in what we’re trying to achieve and we all feel really supported by each other.

“Now our aim is to continue to do that and to keep building and to keep getting engaged to this process to make it better and better.”