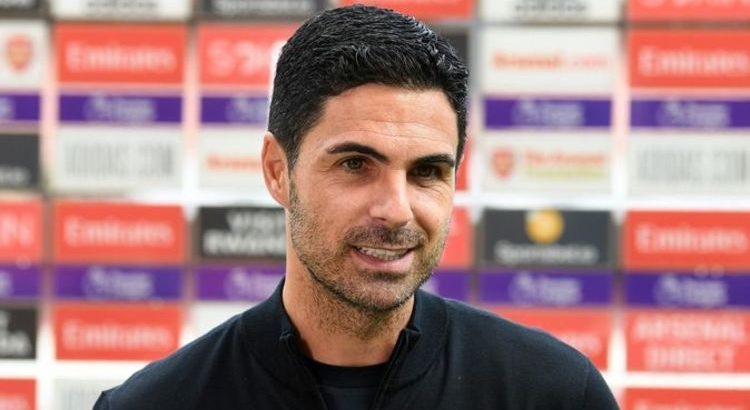 Mikel Arteta has always been clear he intends to move forward with a 4-3-3 formation at Arsenal but the Gunners have often failed to deliver results when operating with that system. Yet while it was scrappy at times, the 1-0 win over Norwich last Saturday felt like the game that could help Arsenal turn the corner following three straight defeats in the Premier League.

Last December, Arteta laid on record that he planned to style his Arsenal in a 4-3-3 moving forward but it hasn’t always been an easy ride…

“We want to move to a 4-3-3 but for that, you need a lot of specificity in every position but now in five or six positions, we don’t have it,” he said at the time.

Yet still, Arteta has continued to persist with the same shape in hope that Arsenal would eventually come good.

While they dug out the result against the Canaries last weekend, the Gunners’ summer transfer business suggests a change of system could spark a change of fortunes in north London.

Back in Arteta’s first season at the helm, the Gunners defeated Manchester City and Chelsea on their way to FA Cup glory at Wembley.

That kind of proposition currently feels a million miles away but the key difference was Arsenal were operating with wing-backs in a 3-4-3 formation.

The tactical set-up provided a real base to build from the bag, allowing the front three to attack with freedom.

There have been signs that Arteta could revert back to his old formation, most recently the behind-closed-doors friendly win over Brentford at London Colney.

That day, Ben White and Gabriel Magalhaes were part of the back-three and the signing of the England international and Bologna’s Takehiro Tomiyasu could now prove to be the catalyst for change.

Between those three defenders, Arsenal now have the perfect balance to field a three-man defence.

Gabriel naturally plays on the left side. He is a ball-playing defender who loves to drive into midfield and that kind of quality is what’s required when playing the system.

Furthermore, Tomiyasu can play both at centre-back and full-back, meaning right centre-back could be the perfect position for him.

One of the intermediaries involved in offering him to Premier League clubs this summer told Sky Sports’ Kaveh Solhekol “he is not a right-back or centre-back” after a fee was agreed by Arsenal.

White would naturally operate better on the side of the back three but he could take the centre and sweep up behind the other two.

Furthermore, Ainsley Maitland-Niles thrived in a wing-back role under Unai Emery and his athleticism and versatility could now be of use once again.

Kieran Tierney is also the perfect left-wing-back while there would be plenty of competition in midfield.

Martin Odegaard could play as a No 8 or Arteta could pack out the midfield with Granit Xhaka and Thomas Partey.

Albert Sambi Lokonga is also another tidy option to have at your disposal.

Hale End boys Bukayo Saka and Emile Smith Rowe could then be given the license to attack with Pierre-Emerick Aubameyang.

The Arsenal captain was looking sharper and fitter last weekend and he could now hit form just at the right time after his crucial tap in.

Nicolas Pepe needs to up his game but once again, he was another player who thrived in this system when it was previously carried out in the summer of 2020 following Project Restart.