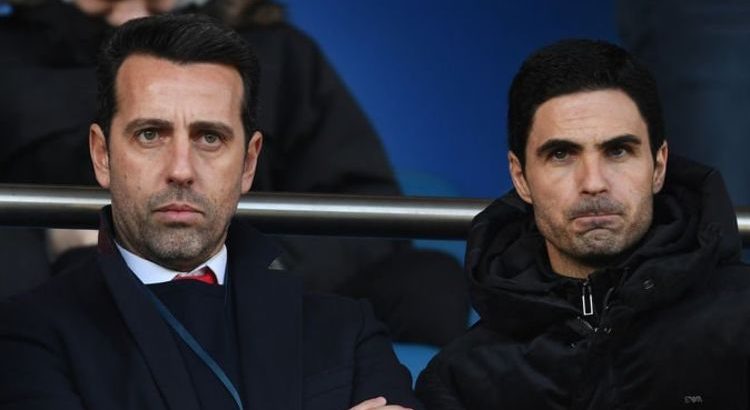 Arsenal boss Mikel Arteta and transfer chief Edu are both in agreement that young star Gabriel Martinelli will not be going anywhere in the January transfer window. There had been murmurs that the attacker could leave on loan with his game time currently limited, but the Spaniard and his side-kick are seemingly in no mood to let Martinelli continue his development elsewhere.

The Brazilian burst onto the scene in 2019/20 when, as a teenager, he notched an impressive 10 goals in all competitions.

His rise to stardom was even more startling given the Gunners had just acquired him from the Brazilian fourth division.

Electric pace, lethal finishing and general fearlessness had Arsenal fans wondering how far their exciting young talent could go, but his development has faltered since then.

During an injury-hit campaign, Martinelli only registered two goals last time out, and he has only seen the pitch twice so far this term.

Now at 20-years-old, the forward is at the age where he should be impacting games on a regular basis, although he is not being given the chance to do so.

However, Arteta and Edu’s stance suggests that he will not be sent out on loan over the next few weeks.

“We have a lot of trust with Gabby and we need to find the right space for him to grow within the squad,” said the Gunners boss.

“If you look at the number of games that he’s played, obviously the injuries that he suffered have been big setbacks on that with him.

“We sometimes forget his age, what he’s done and where he is.

“We need to try to help him as well to maintain that balance because you can generate frustration that comes out of, in my opinion, an unrealistic diagnosis and you need time to do that.”

Although the manager has urged patience, there are surely a number of interested parties who could do with a pacey frontman who knows where the goal is.

Furthermore, allowing him to move elsewhere temporarily would allow Martinelli to continue his development on the pitch.

However, Arteta suggested that himself and Edu have already arrived at a decision in that regard.

He stated: “No, I’m very happy with him and we aren’t thinking about anything like that.”

Unfortunately for the youngster, he will not be able to repay the manager’s faith instantly as he carries a knock into this weekend’s Crystal Palace game.

With a bit of luck, however, he can grow into the side and earn a more prominent role over the remainder of the campaign.