Arsenal are in need of both long-term and short-term solutions to their squad – and two players who fit the bill for the latter are rather well known at the Emirates. Olivier Giroud is keen to play more football and demonstrated on Wednesday he still has the quality in front of goal that saw him score over 100 goals in an Arsenal shirt. And the other player Arsenal should bring back is Jack Wilshere, who has been without a club since cancelling his contract at West Ham in October.

Let’s start by talking about Giroud. He often divided opinion of fans and pundits alike during his five-and-a-half years at Arsenal.

Who can forget that Champions League defeat to Monaco where he missed a hatful of chances and the Gunners crashed out at the last-16 stage again?

However, his record of 105 goals in 253 appearances is not to be sniffed at.

Giroud has never been blessed with pace and therefore he still has most of the qualities he had during his time at the Emirates. 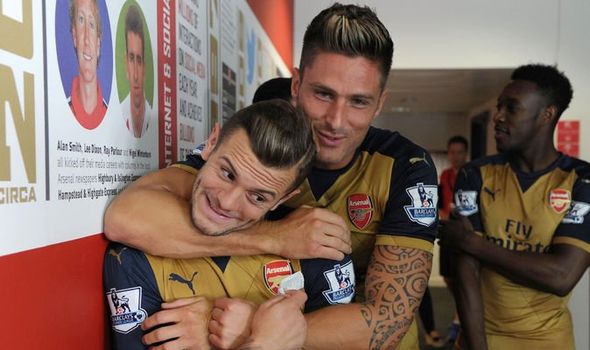 France boss Didier Deschamps loves him and it’s easy to see why. His four goals for Chelsea against Sevilla on Wednesday showcased the range of finishes the 34-year-old possesses.

Frank Lampard knows how valuable Giroud is and wants him to stay – but the lure of regular first-team football would be too good to turn down for the striker, who is out of contract at the end of the season.

Giroud only left Arsenal in January 2018 to help get a deal over the line for Pierre-Emerick Aubameyang. Borussia Dortmund would only sell Aubameyang if they got a replacement and Chelsea’s Michy Batshuayi was the chosen one, meaning the Blues needed someone to step in for the Belgian – and Giroud completed the triangle.

Giroud has 34 goals to his name for Chelsea in 98 appearances, often as a substitute. But he offers so much more than just goals.

His aerial presence is something Arsenal need if they are going to continue crossing as many as 33 times like they did in Sunday’s loss to Wolves.

Mikel Arteta knows all about Giroud having played with him for four years during his time at the Emirates.

The Spaniard prefers a more genuine No 9 to play down the middle, rather than Pierre-Emerick Aubameyang.

Giroud may not be able to do as much running and pressing as Arteta would want, but would provide a better option than Alexandre Lacazette right now. 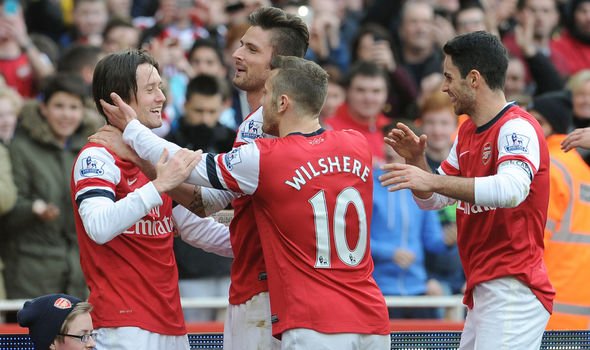 Arsenal are likely to be short of funds in January and no player will be cheaper than Jack Wilshere, who is currently a free agent.

Wilshere’s injury problems are so public that it is hardly worth mentioning but the 28-year-old would jump at the chance of a return to the Emirates.

He needs to play for a team who like to have more possession than their opponents, which is certainly the way Arteta wants to play.

Keeping Wilshere fit would be the main task and he would perhaps have to have his own fitness programme to do that.

But it would be a signing that the majority of fans would support, even if it was just until the end of the season.

Arsenal need a bit of extra creativity and, even though Wilshere’s assist record is nothing to shout about, the former England international would give more in that department than the likes of Granit Xhaka, Mohamed Elneny and even Dani Ceballos.

No Arsenal fan can forget the link up between Wilshere and Giroud up for that incredible goal against Norwich in 2013.

It would be unrealistic to think the pair could produce something like that again, but they are two players who love the club, know what it is about and would do anything to play regular football again.