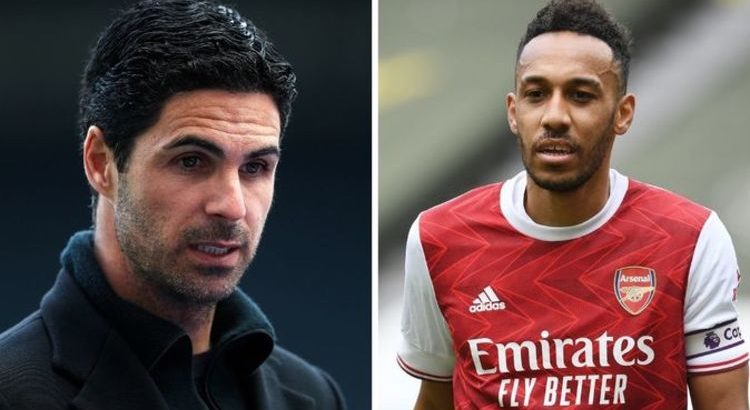 Mikel Arteta needs to sit down with Pierre-Emerick Aubameyang to find out whether the striker is “fully committed” to Arsenal, according to Kevin Campbell. The main task for the Gunners last summer to try and convince Aubameyang to sign a new contract as he entered this final year of his previous deal.

A new contract was eventually signed soon after the season started, just days after Aubameyang scored in the opening-day 3-0 win over Fulham.

It initially looked to be good business for Arsenal, but Aubameyang soon struggled to find the net.

He would go on to score just two in 15 league games with Arteta continuing to rotate the Gabon international across the front three positions.

Aubameyang made his return to the starting line-up at the weekend after recovering from malaria to score and provide an assist in the 2-0 win over Newcastle.

JUST IN: Arteta says what all Arsenal fans wanted to hear about Martinelli 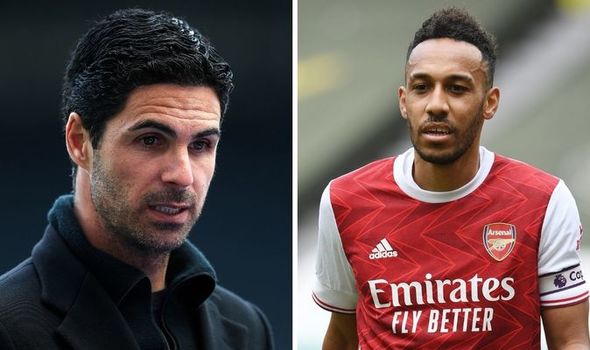 But the three points may be too little too late for Arsenal as they currently sit ninth in the table with just four league games remaining.

Their biggest chance of securing European football for next season rests in the Europa League, although they must overturn a 2-1 deficit at home to Villareal in their semi-final second leg this week.

Discussions will likely already be taking place on what Arsenal plan to do in the summer transfer window and who Arteta wants to bring in.

However, Campbell believes choosing whether to sell Aubameyang at the end of the season will also be on the agenda.

“I don’t think Aubameyang or Mikel Arteta can be together on this because there have been issues,” he told Stadium Astro.

“If Pierre-Emerick Aubameyang is not fully committed to Arsenal, Mikel Arteta has to sell him.

“He [Arteta] has to turn things around because what’s been happening this season hasn’t been great. 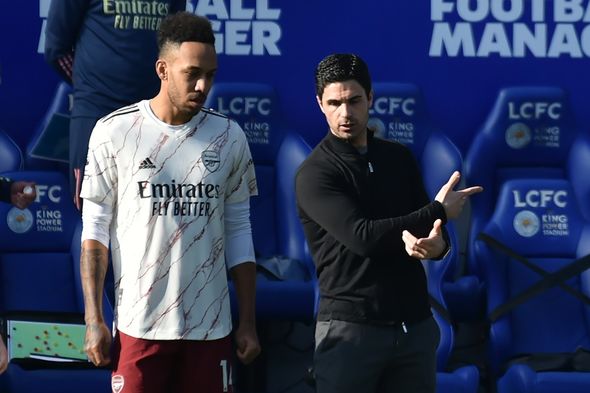 “Although Arsenal still have a chance in the Europa League, the league season hasn’t been great.

“If Aubameyang is still on board – fantastic. He’s the captain, he stays, you put everything under the sand.

“But if he’s not fully committed then you have to really look at can we move him on.

“Unless you’re 100 per cent committed, you shouldn’t have any place at Arsenal.”