Mikel Arteta is adamant Nicolas Pepe can become something special at Arsenal and his confidence in the winger is testament to his own personal ceiling as a manager. The Gunners boss has already shown a willingness to develop every individual in his squad, showcasing immense attention to detail and now he is relishing the challenge ahead with Pepe.

The Ivorian scored a fine individual goal in the win over Sheffield United before the international break and now the star is looking to build on that performance when he returns to club football.

“I think he’s come a long way,” Arteta said after the match.

“We know what the club paid for him when he joined and that was obviously an extra pressure but he’s a player who’s had to adapt, it’s a different style.

“He has a really good attitude. We can see he has developed in a lot of phases of his game. 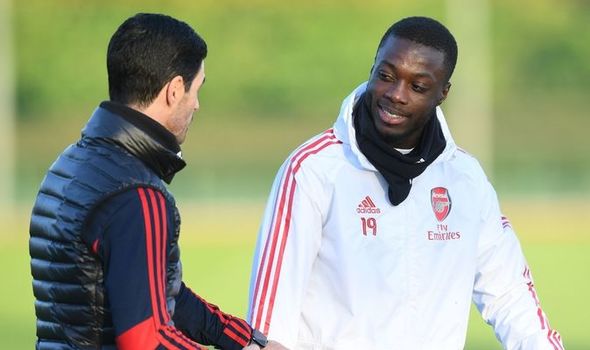 “He’s very settled here, he’s liked by the boys, he is a really good character to have around and I’m very positive that we’re going to have him for many years and that he can perform at a really high level consistently.”

Pepe’s morale was evidently low when he was called upon from the bench late into the second half in the 3-1 defeat at Liverpool.

But those comments from Arteta will give him an extra spring in his step and there is a good feeling around the club at the moment following the arrival of Thomas Partey.

The Spaniard knows he can unlock the £72million player signed from Lille and help elevate his game to the next level.

While Pepe has occasionally found himself out of favour in north London, it’s clear that Arteta will shape the club’s future attack around him and Pierre-Emerick Aubameyang.

Arteta remains a big fan of Alexandre Lacazette but his future remains uncertain with less than two years on his contract.

His agent held talks with Juventus and Atletico Madrid this summer and Arsenal will want to avoid losing another top player for cheap.

The Frenchman could be the man to make way when the time does arrive for a rethink in attack.

Aubameyang would naturally move back through the middle as the club’s captain and talisman.

Willian has plenty of quality but he was an opportunistic arrival to bolster the team’s short-term fortunes and behind the scenes, Arteta will have elaborate plans for his long-term vision. 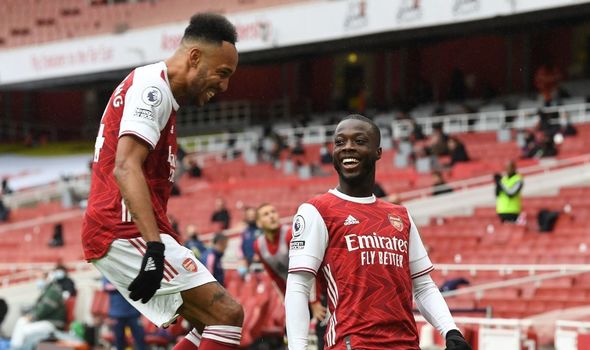 Pepe is clearly a part of that and there is no chance he will be leaving the club in the next few years.

The board are desperate for him to be a success following Unai Emery’s scathing assessment of his arrival.

The former Arsenal boss claimed he was overruled by the club’s hierarchy and wanted to sign Wilfried Zaha from Crystal Palace.

Instead, he ended up with Pepe but in time it could still prove to be a masterstroke from those who sit upstairs.

Arteta’s project is already showing signs of huge promise and don’t rule out Pepe from being a key driving force behind any future success. The best is yet to come.