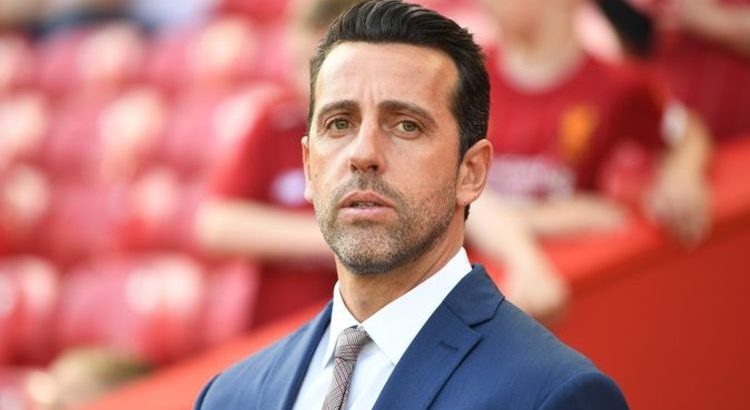 Arsenal director Edu will be looking to sign a central midfielder and a striker in the January transfer window, according to reports. The Gunners were the Premier League’s biggest spenders over the summer, with the club splashing close to £150million on additional reinforcements to help Mikel Arteta seek a return to the division’s upper reaches this season.

Edu’s main priority was to sign a new attacking midfielder, with Odegaard eventually returning to the club after a successful loan spell during the second half of last season.

The addition of a back-up goalkeeper was also on the Arsenal chief’s agenda before Ramsdale sealed his £25m move from Sheffield United to the Emirates Stadium.

Although the Gunners spent big over the summer, there is still plenty of room for improvement if they are serious about competing with the likes of Chelsea and Manchester City at the top of the Premier League table.

Arsenal are yet to earn a single point in the league this season after tasting defeat in each of their opening three matches.

Edu will look to address the club’s shortcomings in the near future by targeting a new deep-lying midfielder and a top-class forward in the transfer windows to come, according to The Athletic.

The report claims that Arsenal would have been able to engineer these signings during the summer if they had been successful in offloading Granit Xhaka and Alexandre Lacazette.

The former was heavily linked with a move to Roma, with former Tottenham boss Jose Mourinho a keen admirer of the Swiss enforcer.

However, Xhaka ultimately ended up penning a new one-year contract extension at Arsenal until the summer of 2024.

Meanwhile, Lacazette’s current deal is set to expire at the end of the season and the Frenchman is not expected to agree fresh terms at the club.

He was mentioned in connection with the likes of Roma and Barcelona during the summer months, but Arsenal were unable to find a buyer and now face the possibility of losing the striker on a free transfer next year.

It remains to be seen whether Edu will be successful in addressing his two new priorities in January as he looks to dip back into the transfer market at the next available opportunity.

He defended Arsenal’s transfer policy when quizzed on his summer business earlier this week, insisting that players were signed to benefit the club on a long-term basis rather than as quick fixes.

“I think we have to see the wider context than just the money around it,” Edu told Sky Sports.

“We signed six players who are under 23, which means a lot in terms of our planning.

“We started planning this squad a year ago in terms of consolidating the team and trying to get a better foundation.

“We have to balance the squad better.”