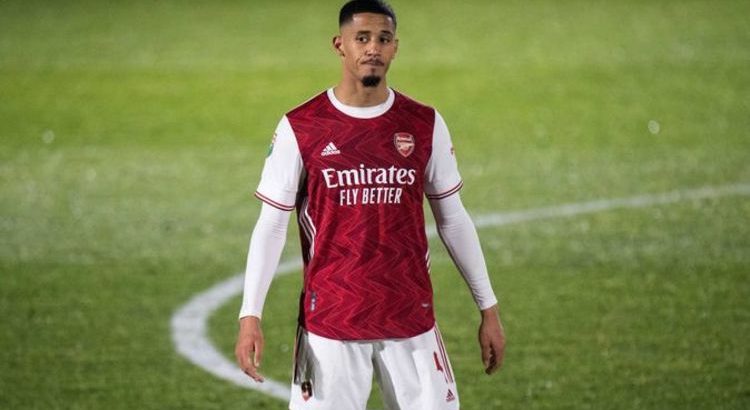 Arsenal technical director Edu has ignored the wishes of William Saliba after allowing the French defender to join Marseille on a season-long loan. The 20-year-old signed for the Gunners in 2019 after completing a £27million move from St Etienne.

But Saliba has been unable to break into the Arsenal first-team, having spent time featuring for the club’s Under-23s and out on loan.

Saliba spent last campaign at Nice and voiced his frustration at the lack of opportunities that had come his way at the Emirates Stadium.

The Arsenal youngster believes manager Mikel Arteta judged him on “two-and-a-half matches” and admitted his lack of game time at the club “hurt”.

“He [Arteta] judged me on two-and-a-half matches. I would have liked for him to play me more. But he told me I wasn’t ready,” Saliba told RMC Sport.

“I was waiting for him to give me a chance, but football is like that. When I initially came to Arsenal the league looked very good, so I showed up to training and wanted to train on my own to show the coach I was ready.

“I really, really, really didn’t think that I would be transferred for €30m and to think that I would arrive, where people were expecting a lot from me and the fans were excited about me, and you find yourself in the reserves, play zero, zero nothing in the Europa League or the league. I was in the squad once in the League Cup,” he said in a separate interview with TF1.

Although Saliba is unhappy with the way he has been treated by the Gunners, that view is not shared by technical director Edu.

The Arsenal chief made clear why the club have decided to sanction another loan move for the French defender, stressing that further experience in the French top-flight will encourage his growth as a player.

“Together with William, we have decided it will be good for his continued development to spend another season on loan. William joined us as an 18-year-old, and he is still only 20, so he is still developing all the time,” said Edu.

He added: “William is a player with strong natural ability and next season has the potential to be really beneficial for him at Marseille, a good club. To play another season in Ligue 1 will be very important for his development.

“We will of course be keeping in close contact with William during the season and wish him all the best in France with Marseille.”