Mikel Arteta has again teased that Pierre-Emerick Aubameyang has signed a new contract with the club. The Gunners captained showed exactly why he is so important to his manager at Craven Cottage after starring in a 3-0 win in west London.

Aubameyang got the third and final goal of the afternoon, curling into the top corner past the helpless Marek Rodak.

The move is becoming his trademark and again fully justified Arteta’s decision to play him from the left of the front three.

It was an identical strike to the one scored by Aubameyang against Liverpool in the Community Shield.

After the triumph, Arteta gave Arsenal fans another reason to smile by suggesting that an announcement was close to confirm Aubameyang’s contract. 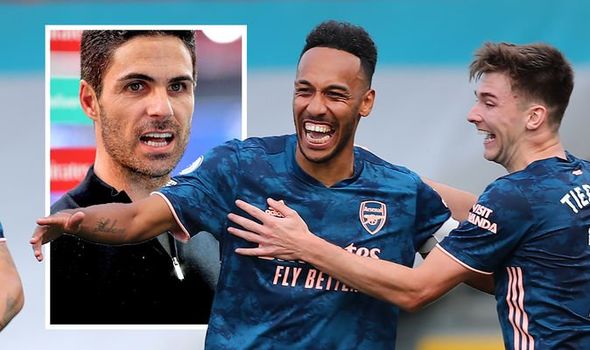 “I am really positive that we are going to get it done,” he told BT Sport.

“Hopefully in the next few days we can get some news.”

Des Kelly made it clear he felt awkward asking the question given that Arteta spoke in midweek.

But much has been made of the hold up considering there has been an agreement in place for several weeks.

Arteta more or less confirmed the contract was signed in midweek.

“I can say I am even more confident than I was at the end of last season,” the Arsenal manager told press.

“Do I think it will be done soon? I am really optimistic, yes.”

When he was quizzed about the hold up, Arteta told fans there was nothing to worry about: “I think they can be pretty relaxed.” 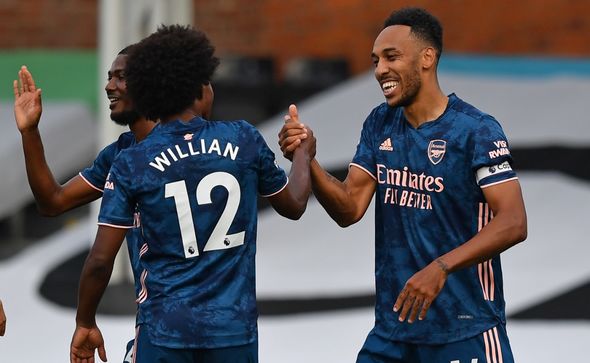 Aubameyang’s current contract is set to expire at the end of this season.

However, he has reportedly agreed a new three-year contract with the club and an announcement appears to be imminent.

He is set to surpass Mesut Ozil to become Arsenal’s highest-paid player as a reward for his hard work in north London since his arrival from Borussia Dortmund in 2018.

Arsenal’s former head of football Raul Sanllehi is believed to have been a key figure behind the deal.