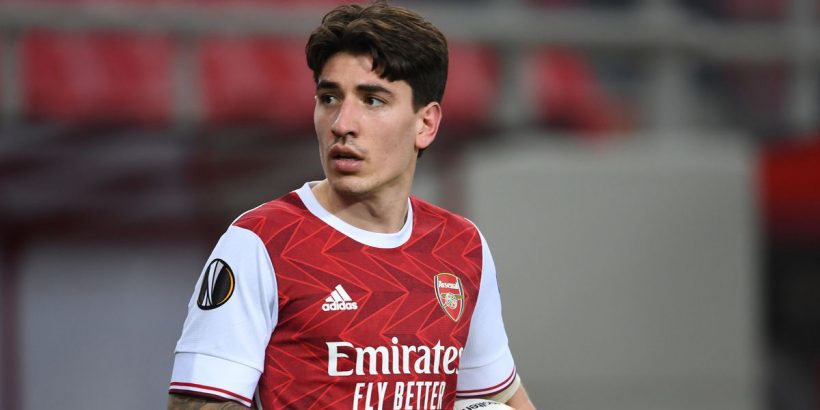 Arsenal are readying themselves for a pivotal summer transfer window which could help Mikel Arteta lift them back into Europe next season.

The 2020/21 campaign was a miserable one for the Gunners, who missed out on European qualification for the first time in 25 years.

Arteta will be desperate to avoid a repeat of that failure next term, but to do so he will need to undergo a squad revamp in north London.

There are plenty of rumours surrounding Arsenal ahead of the summer window, and Daily Star Sport are on hand with the latest developments from the Emirates below.

Reports suggest Arsenal are weighing up a potential move for Brazilian youngster Metinho, who has been dubbed the next Paul Pogba because of his impressive range of passing, superb physique and powerful shot.

Goal claim City are leading the race for Metinho's signature, meaning the Gunners will have to move quickly if they want to beat them to it this summer.

Kieran Trippier looks likely to leave Atletico Madrid in the upcoming transfer window, with Manchester United understood to be in talks over a transfer.

However, Marca are reporting that Atletico are considering swapping the England defender for Arsenal's Hector Bellerin instead.

Bellerin, who has spent the last eight years with the Gunners, struggled for consistency in the previous campaign.

Arteta could therefore be tempted to negotiate a swap with Atletico for Trippier, who is gearing up for Euro 2020 with England.

Guendouzi is widely expected to leave the Emirates after falling out with Arteta, who sent him out on loan to Hertha Berlin last season.

While the report comes as a shock, though, it is believed the midfielder penning an extension would only be a way of Arsenal ensuring they receive a larger transfer fee for him. Having joined the club back in 2018, Guendouzi is about to head into the final year of his current Gunners deal and is understood to be attracting interest from Marseille.

Arteta seems to have made up his mind about the 22-year-old, who has never regained his trust since an ill-disciplined display against Brighton last year.