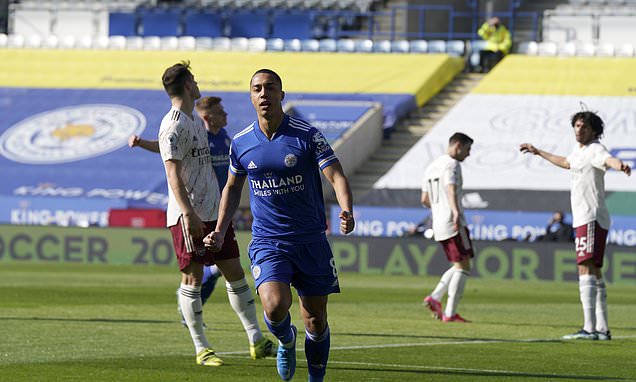 Arsenal fans slam ‘shocking’ Mohamed Elneny and Pablo Mari for their woeful defending in build up to Youri Tielemans’ goal for Leicester, as one calls Egyptian midfield a ‘coward’ before Gunners get their act together against the Foxes

Arsenal fans have taken to social media to vent their disgust at the Gunners’ terrible defending that led to Leicester City’s opening goal on Sunday.

Having seen Leicester enjoy the better start in the game, and were gifted the lead in the sixth minute. Foxes midfielder Youri Tielemans picked up the ball on the right side by the half-way line, and drove into the cavernous space in front of him towards the Arsenal box.

Gunners defender Pablo Mari could only jog alongside Tielemans has he made it all the way to the penalty area to smash the ball across goal-keeper Bernd Leno into the bottom right corner. 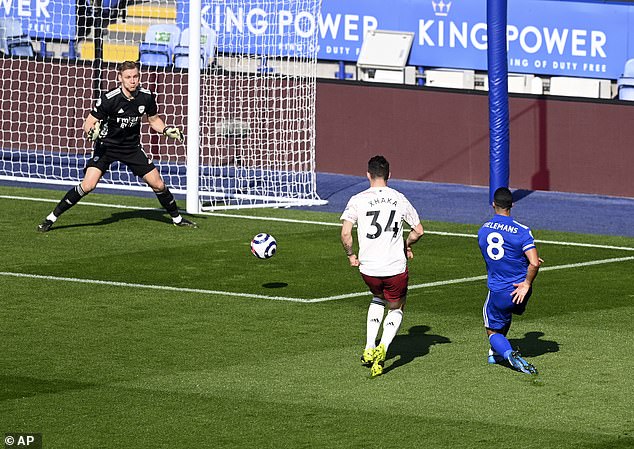 ‘Seeing the goal again what was Mari doing? Absolutely shocking that’ wrote one outraged fan.

Another jokingly asked ‘Is Mari match fixing’ given the amount of time and space he afforded Tielemans.

Midfielders Mohamed Elneny and Granit Xhaka also came in for huge criticism for a perceived lack of effort when tracking back to close Tielemans down.

One went as far as to compare both to error-strewn former defender Shkodran Mustafi and branded Elneny and Xhaka ‘cowards’. 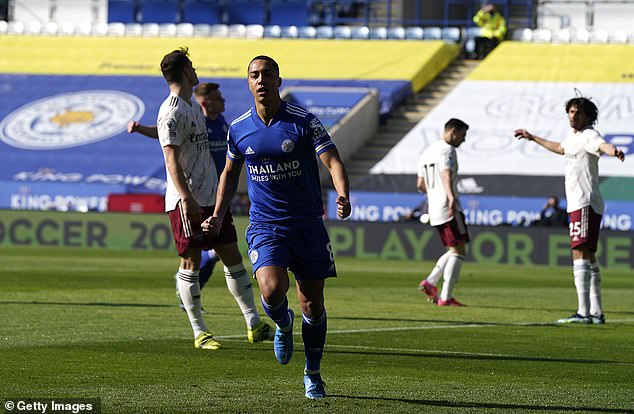 ‘The only reason we don’t have Mustafi-esque disaster compilations of Elneny etc is because they avoid the danger altogether. They’d rather be nowhere near it. Cowards,’ wrote @gunnerpunner.

Some even suggested Elneny was more at fault than Mari.

‘You can slam Mari but Elneny has no role in that. Not marking Vardy or going to the ball. I would be more annoyed with him than Mari,’ said one Twitter user.

Arsenal did make up for their defensive frailty with first-half goals from David Luiz and Alexandre Lacazette putting the Gunners 2-1 up at the break.