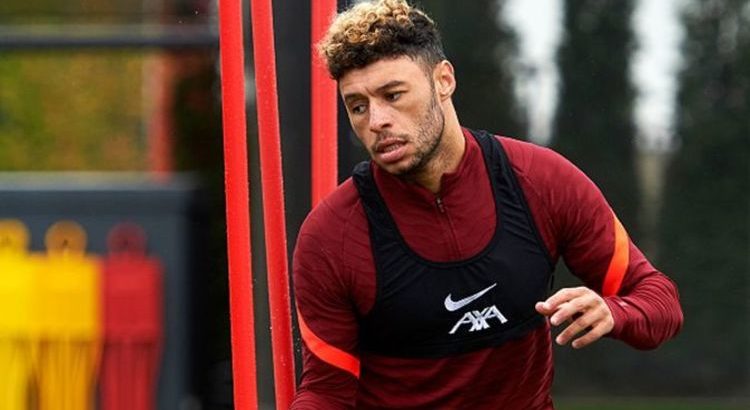 Arsenal have been linked with a move for out of favour Liverpool midfielder Alex Oxlade-Chamberlain in recent weeks as the January transfer window edges closer. However, Mikel Arteta has plenty of better options out there at a reasonable price that will bring the edge he is looking for.

Arsenal are reportedly considering bringing Oxlade-Chamberlain back to the Emirates less than five years after his initial departure to Liverpool.

The midfielder has been starved of game time in recent seasons as injuries have strangled his chance to build form.

According to the Sun, the Gunners are weighing up a six-month loan deal for Oxlade-Chamberlain in January, with a view to making his return to north London permanent.

But Arteta should tread carefully – Express Sport looks at five better options for Arsenal who may be interested in joining the Gunners.

JUST IN: Arteta finally set to offload star as club ‘insistent’ on transfer

Lyon star Aouar has regularly been linked with a move to Arsenal, but has opted to stay with the Ligue 1 for various reasons.

However, the clock is ticking on his contract, with just over 18 months left to run on Aouar’s deal, and he may be considering his next move.

The France international has cemented his place as one of the most consistent performers in the French league, and would be an excellent more attacking partner in the midfield pivot.

Ramsey’s single start for Juventus this season spells out the difficult time he has had in Italy since joining on a free transfer just over two years ago.

Having agreed a £400,000-a-week contract in Turin, reports from TuttoMercatoWeb over the summer claimed that Ramsey was available for just £8.5m.

Van de Beek’s frustrations at Manchester United are clear to see for all.

But the Dutchman has never shown a lack of talent at Old Trafford, with his ability to play in defensive-midfield or in a more attacking role making him an extremely valuable asset.

Van de Beek would no doubt be available for a cheaper price than the £36m he cost United last summer, and his discontent in the north west suggest he could be pushing for an exit as soon as this winter.

AC Milan’s Kessie is being linked with a host of Europe’s top clubs, including Arsenal’s Premier League rivals Manchester United and Liverpool.

The Ivorian is widely regarded as one of the best central-midfielders in Serie A and despite his astute defensive abilities, he also ended up scoring 13 league goals last season.

However, Kessie’s contract at the San Siro expires at the end of the season, and he can agree a pre-contract in January, providing Arsenal with a chance to put themselves forward as an interested party.

Another midfielder who has become a staple performer in the Serie A, Inter Milan’s Brozovic is also out of contract at the end of the season.

The 28-year-old was part of the Croatia side that reached the 2018 World Cup and played a key role in Inter’s charge to the scudetto last season.

However, with his deal set to expire in a little over six months, Brozovic’s future is uncertain, and has prompted interest from across Europe.