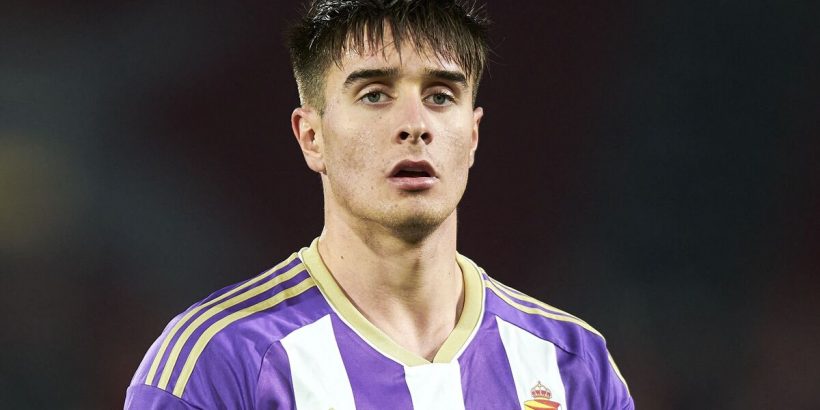 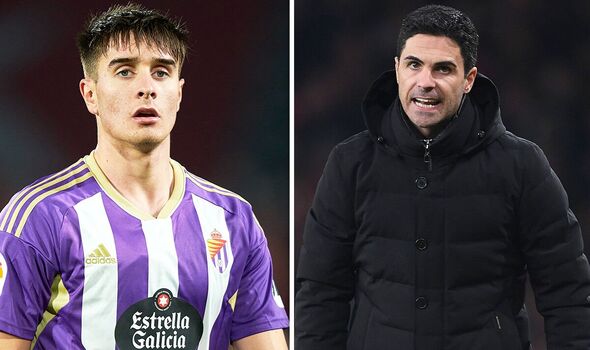 Arsenal are in a race against time to sign Spanish youngster Ivan Fresneda, according to reports. The Gunners could lose out on the right-back to Borussia Dortmund if they don’t make their move soon.

Fresneda has been linked with both Arsenal and Newcastle in this window. He only turned 18 last September but has also caught the eye of other top European clubs like Juventus.

Arsenal have made a couple of signings so far, bringing in winger Leandro Trossard and central defender Jakub Kiwior. But Fresneda would be more of a player for the future.

Real Valladolid are keen to keep him on loan for the remainder of the season if he does agree to join another club. Transfer expert Fabrizio Romano says Arsenal are yet to decide whether to proceed with a deal.

However, the Premier League leaders must get their skates on as Dortmund are in discussions over getting the transfer completed for around £13.2million. Romano tweeted: “No decision made by Ivan Fresneda… yet.

“€15m (£13.2m) fee requested by Valladolid, Borussia Dortmund are pushing to get it done — Arsenal have to decide how to proceed in 24/48h. Valladolid want Fresneda to stay there on loan and BVB are discussing about it.”

Fresneda made just his 14th senior career appearance in Saturday’s 3-0 loss at Atletico Madrid. He didn’t start the match and came on with half an hour remaining.

Valladolid’s sporting director Fran Sanchez has given an update on Fresneda’s future. He has played down reports of an agreement with another club and says they are not desperate to sell the starlet.

“We as a club know that the most important thing is to stay in the first division and then it is important to have capital gains or benefits that lead you to sign other footballers. We are not desperate trying to sell the player.”

Arsenal are also interested in signing a midfielder. The latest players to be linked with a move to the Emirates are Brighton star Moises Caicedo and Everton’s Andre Onana, both of which are also targets for London rivals Chelsea.